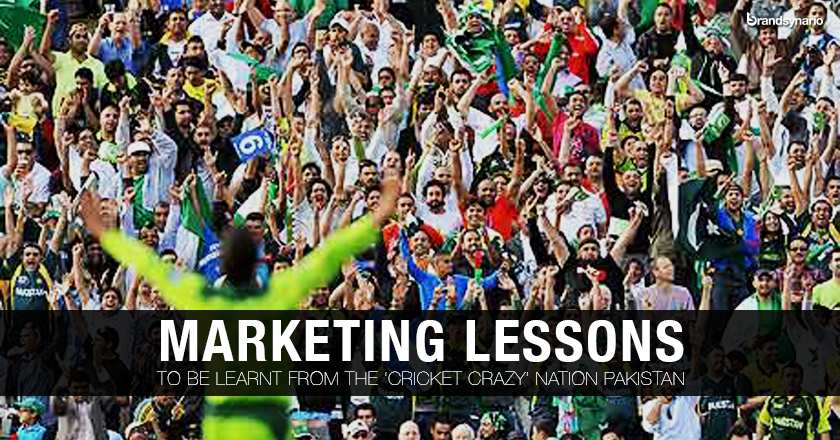 That Pakistan is a cricket loving nation leaves no room for doubt.

Our wildest dreams, our penchant for individualism and our love of gladiatorial combat in any form is on display when we watch cricket. The team represents us in all our glory. When they fall, we fall with them. In our eyes and in the eyes of the world, the cricket team represents Pakistan.

This essay is not about cricket, it is about cricketers and how we look at them, and what our fandom shows about us to ourselves.

In my opinion there are three archetypes that represent Pakistani cricketers The charismatic hero is a risk taker who has the ability to turn around a game single-handedly. He also has the swashbuckling appeal of a warrior. He has an aura. He can do no wrong. Even if he takes a risk and it goes bad, he is forgiven because his followers like the thrill of waiting to see what will happen next.

In my opinion, there have been four cricketers who have fit the bill of the charismatic hero:

There have been other great players, but they have lacked the charisma to qualify (in my opinion).

Pakistani’s love charisma, and love to see our heroes perform. In the modern game, there is no player with a following like Shahid Afridi’s. Those who don’t like Afridi are always asking why people support him. In one word: charisma. This cricketer is the strategic genius who is at the captain’s side, is vocal, animated and adventurous, but in a calculated way.

The hustler can win you a match, and can also get under the skin of the opposition – he is a shrewd reader of character and can always be counted on for advice.

However, as with all hustlers, his advice can be the downfall of the team also – hence hustlers work best if managed or led by a charismatic hero. Examples of hustlers are:

These cricketers always have a secret weapon, and even if their personal armory is exhausted they will come up with a strategy that will work for the team. The grafter is the reliable, dependable, hard-working cricketer who can be relied on to deliver. Unfortunately, he is also boring and so respected by analysts only.

He may score a hundred, but everyone waits for the charismatic hero or hustler to come out, because they are exciting, and the grafter is anything but.

Pakistan has been blessed with many world class grafters who have played vital roles for Pakistan cricket, but they don’t pump our adrenaline, and so they don’t meet our “high” standards. Some examples are:

Even though these cricketers have been great servants of Pakistani cricket, but the public at large does not discuss them over a cup of tea. Dravid in India was “the wall”, but Misbah in Pakistan is “tuk tuk”. We are Pakistani’s and we don’t stay calm. Period.

You may ask, what about Waqar Younis, Zaheer Abbas, Inzamamul-haq, Younis Khan, Mohammad Yousuf, Abdul Qadir and others who have achieved a lot while playing for Pakistan; yet they don’t fall into any of the above categories. Unfortunately, they lack the charisma to be popular in Pakistan. They never set the heart pumping and the adrenaline coursing.

They all delivered, but never excited us. They may have been cricketing thinkers, but they never really antagonized their opponents, and so never really made it to the popular imagination. They are neither positive nor negative in our minds. Great players, but that’s all. I am being dismissive I know, but it’s true that in any other country they would have been heroes. But not in Pakistan.

What this tells us about ourselves as a nation?

I. Pakistanis are by and large suckers for BIGNESS. We appreciate large gestures, surprises and even though research (e.g. Hofstede) suggests otherwise, we are not risk averse. The rising middle class in Pakistan dreams of a “chukka” (sixer). Hence the migration fascination, and the need for ostentation in weddings etc.

III. We respect those who confront authority – those who outmaneuver their opponents and those who have a trick up their sleeve. In your face, will not back down, will stand their ground – is respected. Conformity and following rules is not. A study of traffic patterns will support this assertion.

IV. Those who deliver silently in the hope of being recognized will seldom be recognized. We don’t work like that. Self-promotion and cult formation will make more of a mark in Pakistan than in other countries. The image is everything.

1. Surprise us – Give us something extra, and we will surprise you with our loyalty.

3. Show how smart you are – win our respect – don’t expect your brand legacy to have any weightage.

4. Lead us – we want to see your charisma

1. Don’t talk about “reliability”. It’s the wrong platform for Pakistan

2. Don’t stay under the radar. Talk about your success story. Show how innovative you are.

3. Don’t try and fool us with fake charisma – show us true leadership. Don’t use statements like Best in the World, Biggest etc. It’s nonsense, and we don’t buy it.

B) Full of surprises – bearer of good news

C) Lives in the future, not the past – shows the promise of a better life

E) Does not discount itself, but gives gifts – builds an image as a leader

Which brands come close to this? On the international front, one brand that fits the above profile is Apple. On the local front, one is constrained by ones imagination and the reality that Pakistani brands can hardly fit the bill. However, I have to agree with Soofia Ishaque when she says that “Khaadi is probably the only Pakistani brand who comes close to meeting all five of the characteristics”.

There need to be more brands who speak about the future, and not the past, and who surprise the consumers without discounting themselves. Who don’t talk about reliability but about leadership.

11 Random Things Every Pakistani Does During Ramadan