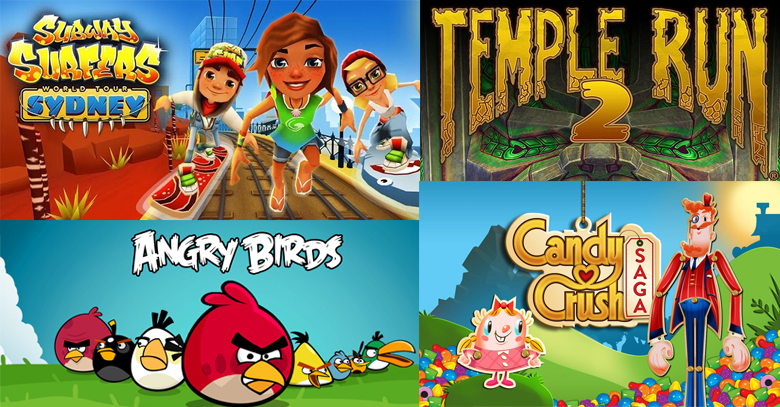 By Zulfiqar Ai Sajwani
The past decade saw an outrageous wave of emerging online games, providing us an escape from the real world. Using every available medium, from internet to smartphones, this virtual reality experience is all over the place!

WHAT MAKES THESE GAMES SO VIRAL?

The million dollar question is what makes these game stands tall in front of us.

If we closely observe the nature of the games, one important feature that we would observe is ‘stress relief’. The fact that these games let you become ‘someone else’ and enjoy the freedom , this ventilation makes us stubborn enough to stick to the game, no matter how much the work pressure pushes us away from the game.

Another ace that the game developers have targeted is ‘convenience’. No more you have to open up your personal computers or sit in front of a television to play your favorite game. It’s there on your Smartphone, and if your battery is over, that you can retrieve it from your tablet. You can play it while waiting in a queue, or while getting a haircut, or well, doing ANYTHING!

Games are even talk of the town these days as celebrities! You would not be surprised to catch a question from your friend saying” how much did you score in Candy Crush yesterday”. If you think you would be able to hide your ‘low’ score than think again!. The game is linked to your Facebook profile, so yes, ‘peer pressure’ is one big reason for game addiction!

Where as the list of such ‘perceptions’ about the rationality behind the virality of the game phenomenon is endless, there have been some games that have been on the top of the mind.

Let us go through some of them to unleash the reality behind these games!

This game went on from becoming a simple smart phone ‘bait’ game with some birds chirping, to a magnanimous brand that is everywhere. From our T-shirts to desktop themes, these birds were able to build their nests everywhere.

Every time you take the avatar of any type of angry bird, be it the speedy yellow or the tiny blue, you see your bait and try to crash it.

Where as it brings the stick and stone came back to your life in digital form, you also feel a sense of accomplishment when you see your ‘worries’, disguised as blocks of wood and glass, facing the doomsday. And how can we forget the chirps, they add the ‘cuteness’ to the entire experience, making the ‘Angry birds’ seem not so violent!

This game stepped in the market through the iPhones, and stormed over every smart phone user by its seamless experience. The fire got flames when it reached Android and then there was no one stopping this game.

If you stop ‘running’ for a while in this game and ask yourself ‘ What am I running from’, you would definitely bite off some nails. The game satisfies a human tendency to run away from her or his problems.

Jumping over the odds, the game gives you an adrenaline rush that not all games could successfully achieve.

Developed by ‘King’, the game definitely stood up on the name of its developer and reigns the current game arena. Taking you to the fantasy world of chocolates and candies, the game has an inspired concept from the popular game ‘bejeweled’. Although the game has a very simple format, it ‘addicts’ you in a mythical way.

Swapping a candy is fun, but what makes you continue to play this game is the feeling when you get when a ‘special’ candy appears. The fact that the game ensures that you are stuck in a situation where you are ‘almost’ there and bang, you fail!

That is the time when your ‘ego’ is challenged and you tell yourself that you would not sleep until the level is crossed. After all, it is your ‘gaming career’ in front of all your Facebook friends that is at stake!

ALL WELL PLAYED! What’s next?

With the race of the games not seeming to end, everyone is waiting for the next innovation that meets the bar that the current leaders have set.

Where as ‘King’ has come up with ‘Papa Pear’ and ‘Bubble Saga’ , we currently do not see any ‘threat’ to the existing players.

However, we are sure that down the lane, there is something bubbling in the gamers’ mind!