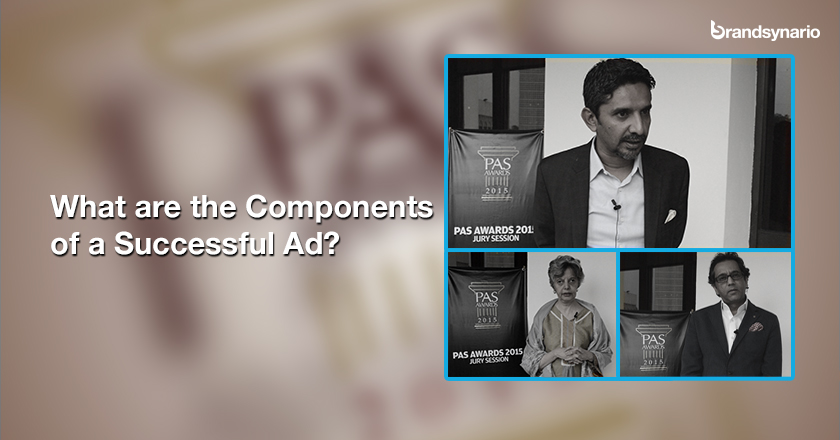 This article is based on the valuable inputs from the panelists of PAS Awards 2014 on the queries on the ‘what’ and the ‘how’ of effective advertising, building charismatic brands, India’s ‘brainware’ and its edge in the region ….

“Advertising was invented in United States and as far as we are concerned we still look to Madison Avenue for guidance and inspiration”, writes Alyque Padamsee, godfather of Indian Advertising (internationally known as Mr. Jinnah in Attenborough’s Gandhi) in his autobiography ‘a double life’.

Advertising is persuasion, which is an art. And brilliance comes when fusion between the ‘what’ and the ‘how’ happens. The fusion demands a unique idea and a unique insight to produce breakthrough, effective advertising.

Watch what advertising experts say about the components that make an ad successful:

“Substance and strategy, enduring in ideas and brilliance in execution; these are the three element if present in a (advertising) campaign, I think it is bound to be a good ad, plus the fact that any communication needs to be relevant to the objective and the strategy that they are delivering upon.”

The core objective of advertising is to pursue a well defined target (consumer), which is always achieved through drawing attention, triggering interest, enticing desire and fueling action. A well formulated strategy provides an overview and broad direction for the advertising campaign and describes how to meet the objective.

It is strategy that tells about building brand awareness through high levels of exposure, position the brand as a high-quality product and encourage retailers to stock the product. Simply creating advertising for its own sake, without a strategy, is unlikely to deliver the best return on marketing expenditure.

“Certainly creativity but creativity has to be in a context it has to look at the marketing objectives of the product or service being advertised, the competitive environment, and obviously it has to be persuasive enough for consumers to respond.”

A brand cannot be build overnight as a brand is neither a logo nor an identity and nor a product, it is a person’s gut feeling about a product, service or organization.

Brand is a person’s gut feeling, because people are emotional, intuitive beings. It is because brands are defined by individuals not companies, markets or the public.  People have too many choices and too little time. Most offerings have similar quality and features so we tend to base our buying choices on trust. Any AD or TVC can get customers in the door only once; after that, it’s up to the seller to build trust and loyalty.

“The most important thing to understand is the insight just coming out of the big idea. I think we still struggle to understand what consumers want and what’s the insight related to the AD. Here mostly its good campaigns and good ads are just on how good is the production value that’s the sad part in our industry in Pakistan.”

In most companies, strategy is separated from creativity by a wide gap. When both sides work together, a charismatic brand brings into being. A brand for which people believe there is no substitute such as Apple, Disney, Google, Samsung, Virgin, etc.

Similarly when ideas and strategies, which are two distinct advertising components not interchangeable, interplay to make up a comprehensive advertising campaign then the mantra of effective, efficient, creative advertising echoes.

The conventional wisdom matters by and large in creativity. More creative campaigns are more effective.

It is an established fact that certain dimensions of creativity are more effective than others in influencing purchasing behavior and that many companies focus on the wrong dimensions in their campaigns.

Moreover, by exploring cultural preferences and triggers of consumers in different geographic markets, companies the world over can dramatically improve their ability to predict the likely effectiveness of their creative ads e.g. Indian Ads, which have a unique and piquant flavor of its own and that is why they have edge and influence.

Effective advertising, particularly TVC, is all about the consumers and filling their needs: emotional, rational or both.

A lot of copywriters and creative directors and other various agency personnel as well as those on the client side have visions of Bollywood in their heads when they conceive and create and produce many TV spots.

In other words they are trying to inflate their own ego rather than focusing on what’s really important – selling!

Indian advertising industry has carved a niche for itself and placed itself on the global map in a very short period of time and now it has reached an estimated value of Indian Rs. 13, 200 Crore.

Today, it handles both national and international projects and the creative minds that the Indian ad industry holds have come up with some mind-boggling ideas and work that can be termed as masterpieces in the field.

Some experts believe that the industry will form a major contribution to the GDP in the coming years and also envision India to be the Brain Centre of the World in the next century with its brainware.

Last but not least, companies (advertisers/ clients) have plenty of room for improvement in the creativity of ad campaigns in Pakistan. For instance, the types of creativity that agencies currently emphasize are often not the most effective ones at driving sales. There maybe number of reasons behind it, but the major one is seeing creativity with different dimensions.

They should understand that their creative investments can produce good financial impact.  In many, indeed, most cases companies are found to be under-investing in creativity.

Increased investment will usually pay for itself; more-effective creative ads will allow other parts of the ad budget to be significantly reduced.