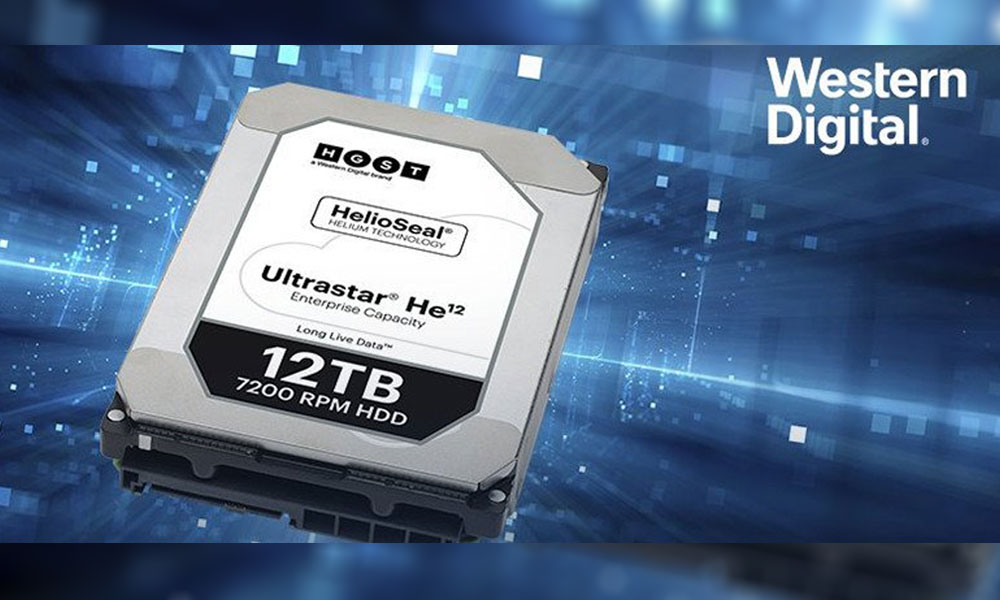 Usually, 2-3TB is enough to store lots of data, students, interns, and other individuals use these hard disks to store movies, songs, and lots of different media files. Western Digital has successfully launched the first ever 12TB helium-filled hard disks!

The company is planning to ship out the 12TB disks starting this month, whereas the 14TB disk will be out later on int he year. These drives are unique because they are filled with helium, a gas which is commonly known to make balloons fly in the air.

Helium gas reduces drag and turbulence within the hard drive and reduces friction, this technique also allows storage manufacturers to add more platters within a single hard drive and increase overall storage capacity. According to the company, this also helps reduce the cost of a gigabyte.

Both drives feature 8 platters, run at 7200 RPM, and will be available in SAS and SATA configurations for both, enterprise and regular consumers. They will also feature 256MB of cache with an 8 ms seek time for reads and an 8.6 ms seek time for writes.

Although WD did not share a price, we expect the cost to be in the 20’s when the drives are launched in Pakistan.Stay tuned to Brandsynario for more news and updates.

Samsung’s Galaxy S21 To Beat Apple With Its One Feature