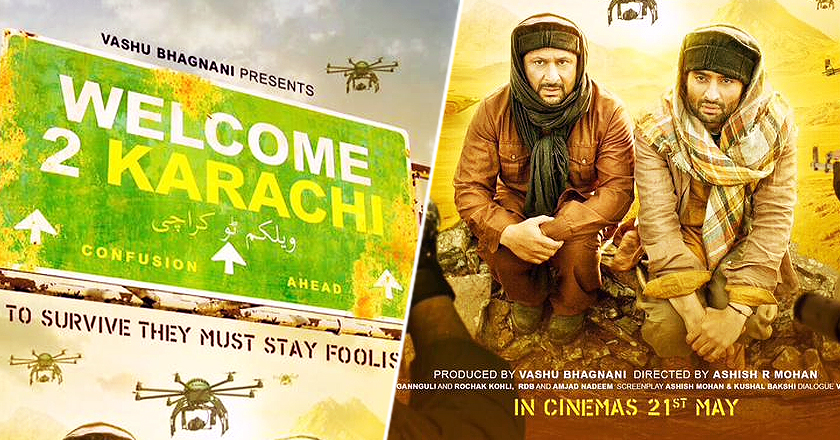 The much anticipated political satire ‘Welcome 2 Karachi’ releases its first trailer and it seems to be every bit dark and funny as promised.

View the trailer below:
Welcome To Karachi -Official Full Length… by whatdafuh

Click here to read what the director, Ashish R Mohan has to say about the film.

The film is about two Indians who land in Karachi, Pakistan without their passports. No sooner do they get trapped in web of the Taliban and try to find a way to get back to India.

Music directors Jeet Ganguly and Rochak Kohli, will be composing music for this film.

According to Wikipedia, the role of Jackky Bhagnani was first offered to Irrfan Khan but due to other commitments Khan left the film. Pakistani actress Kubra Khan who debuted in the 2014 Pakistani film Na Maloom Afraad is set to make her Bollywood debut with this film as the female lead.

The film has been shot in various parts of the United Kingdom including Bradford, Birmingham and Wales and sets were recreated to resemble Karachi.

Fun Fact: During the shooting of scenes in Wales, the lead actors were mistaken as real Taliban people and the shoot was halted by Scotland Yard authorities.