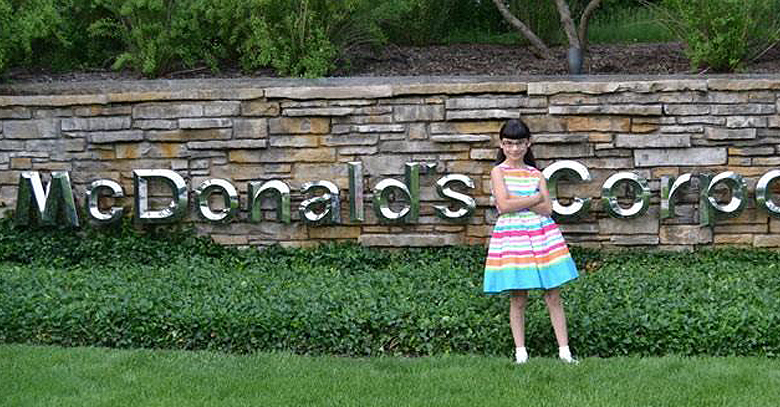 McDonald’s CEO Don Thompson was confronted by a 9 year old girl this week, who was unhappy with the marketing of junk food for children by McDonald’s. She expressed her annoyance by saying that the restaurant is using its promotional strategies for marketing the food which is unhealthy and fattening for children.

Mr. Thompson denied the accusation and explained that the company does not sell junk food.Instead, it provides high quality food using original and fresh ingredients while processed in an affordable manner.

McDonald’s has now introduced a variety of salads, egg white McMuffins, and premium chicken wraps on its menu.

Despite McDonald’s constant efforts of adding healthy items to its menu, it has been center of discussion in the obesity debate in the United States for a long time.

Dr. Andrew Bremer, one of the doctors present at the annual shareholders meeting, said that McDonald’s had to make more changes if it wants to shed its junk food image. He further stated that McDonald’s fast food can be the reason for decline in children’s health.