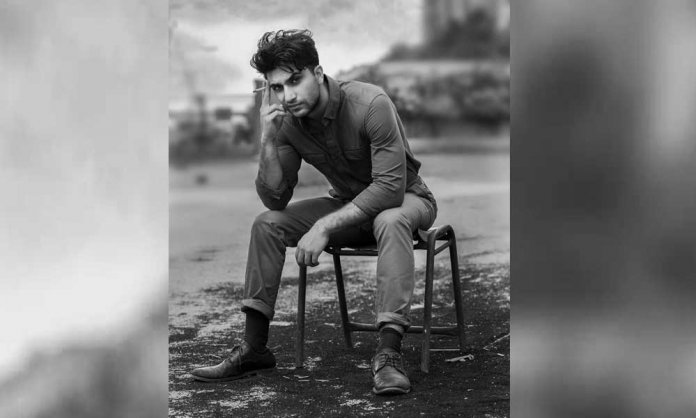 Ahad Raza Mir is one the most dapper celebrities of the Pakistani industry and there’s no doubt that women are gaga over his good looks and acting skills.

He started his career with Sammi opposite Mawra Hocane but his performance in Yaqeen Ka Safar was applauded by the audience.

After Yaqeen Ka Safar, Ahad becomes one of the favorites in the Pakistani tv industry and we love each one of his performances.

With acting in his blood, it’s no surprise that heartthrob Ahad Raza Mir gave such an acclaimed performance in Yakeen Ka Safar that it won him not one but two awards simultaneously, one for Best Actor, at the Hum Awards this year.

100% posing, as the cake was too nice eat. Puppy on the otherhand was ready to attack. Cake Credit: @sajalaly Party Puppy Credit: @azyteam

We’ve learned some secrets about Ahad Raza Mir that you’d find very interesting! Scroll down to bury yourself in the below list!

I love to mess with my mom when we're taking photos because we end up with shots like this. SO IDEA! Take a picture with your mother and surprise her with something right before snapping and tag me!!! #messwithyourmom Full marks if you end up looking stupid like me while your mom looks cool.

2. He never used his father’s fame to get any kind of special treatment

3. He never keeps secrets from his parents regardless of what they are

Making his film debut in the action-drama Parwaaz Hai Junoon in which he plays the role of a hotheaded cadet, this young man promises to be the next superstar. His ongoing drama Ehd-e-Wafa has already garnered a lot of popularity amongst the audience based in Pakistan and internationally.

Furthermore, the actor is all set to tie the know with fiance Sajal Aly and the couple will be getting hitched outside Pakistan, but the actual wedding destination has been kept under wraps for now.

Similar to how I am admiring her in this photo, let's all take a second to appreciate how beautiful Sajal is. @divamagazinepakistan

Watch the full video of Ahad and Asif Raza Mir getting personal on the show of Salaam Zindagi on ARY Zindagi.

According to Ahad, his father instilled in him good values and Ahad went on to learn and study acting, drama, and theatre in Canada, where he grew up.

Let us know what you think of this classy artist!