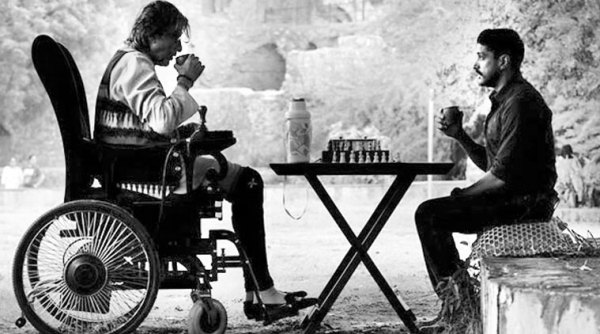 According to the Express Tribune, censorship boards in Sindh and Punjab are yet to approve of the movie. Surprisingly, Karachi cinemas have already kickstarted advance booking of Wazir while Sindh Board of Film Certification have yet to give consent.

While talking to The Express Tribune, CBFC Chairman Mubashir Hasan said, “Wazir was submitted to us a few days back and was screened for certification Wednesday evening. After careful consideration, it has been certified for public viewing with a few cuts.” However, he emphasized on the fact that movie’s runtime and plot will not be affected by excision in any way.

Previously, the Punjab Board of Film Certification had rejected the film for screening in the country but the final decision had to be taken in a full board review that was scheduled for Thursday night.

Meanwhile in India, reviews have started pouring in on the emotional thriller and is being applauded for its powerful plot backed by strong performances of Amitabh and Farhan.

Wazir is a power-packed movie starring the veteran, Amitabh Bachchan and the multitalented, Farhan Akhtar. The story of the movie revolves around a paralyzed, wheelchair-bound chess wizard and a headstrong Anti-Terrorist Squad officer. The subject of the film is apparently apoltical still it makes an announcement on the warmed Kashmir issue.

In the past, films in relation to the Indo-Pak conflict have never  been welcomed with open arms in the country.  “Haider” by Vishal Bhardwaj was also banned earlier in Pakistan, with the CBFC citing it as a film “against the ideology of Pakistan.”

However, chances are that eyebrows will be raised on Wazir in Pakistan for making some statements on the Kashmir debate between the two nations.