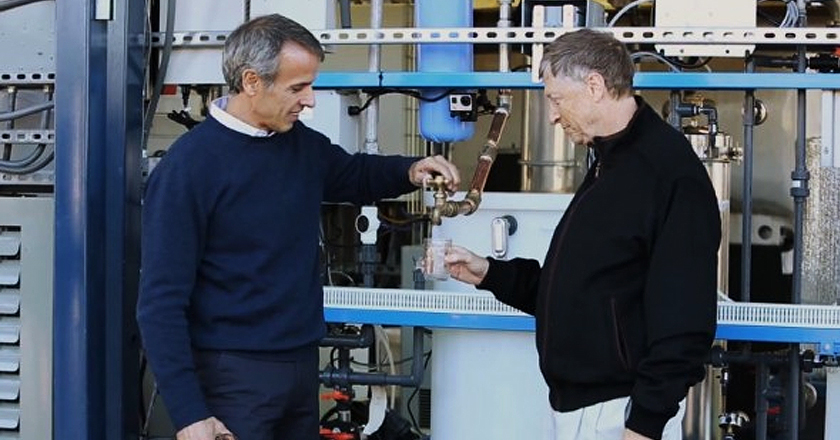 The Founder for Microsoft, Bill Gates, has been striving to solve world health problems since he stepped down from being CEO.

Recently, he has been interested in a project termed as the Omniprocessor, which is a giant machine that converts the remains of the sewer (i.e. human waste) into clean drinking water.

He has backed this Seattle-based power plant, and while visiting, he is seen drinking the water processed and filtered by this machine. Take a look at the entire process of the water-conversion and Bill Gates drinking this converted liquid over here:

According to Gates, this Omniproccessor may be able to solve the problems created in countries where there is a lack of a proper modern sewage system and are lagging behind in the development of a functional waste-disposal system.

In his blog, Bill Gates has specifically mentioned, “The water tasted as good as any I’ve had out of a bottle.”

There will be a Pilot plant launched in Senegal later this year, and if all goes well, Gates aims to seek partners in the developing world starting off from India.