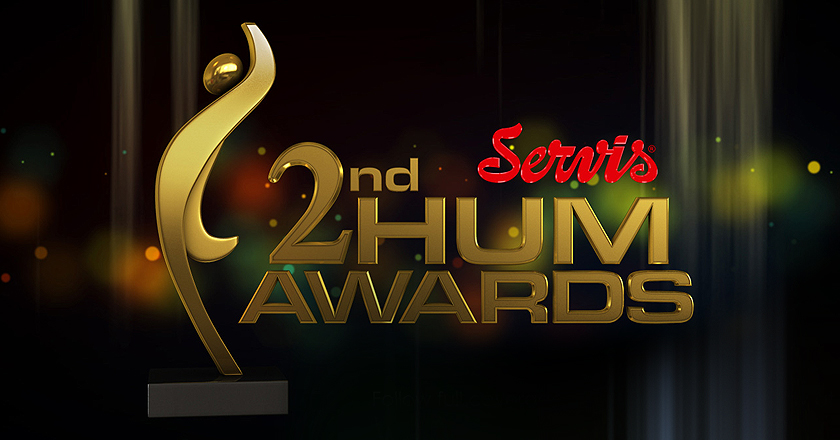 Hum Television Network and Entertainment Channel (HTNEC) sponsored by Servis and Telenor Talkshawk were held at Expo Centre Karachi. The event was one of its kinds and was graced by all of the major celebrities from the media industry.

Awards were solely hosted by HUM in order to recognize the diligent efforts of its entire team to produce much famous and loved TV shows.

The evening was hosted by four of the famous Television personalities including Meekal Zulfiqar, Sanam Jung, Mahira Khan and Vasay Chaudhary. Out of the four Meekal and Vasay hosted the ceremony for the second time while Mahira and Sanam were seen for the first time as hosts on Hum’s stage.

To be present at the lovely evening celebrations was in itself a onetime experience and a glamorous sight. Many were awed when the beautifully dressed media celebrities made their way through the red carpet and made appearance worth watching.

Awards were also supported by many outstanding performances by the stars themselves, making the evening a life time experience for many.