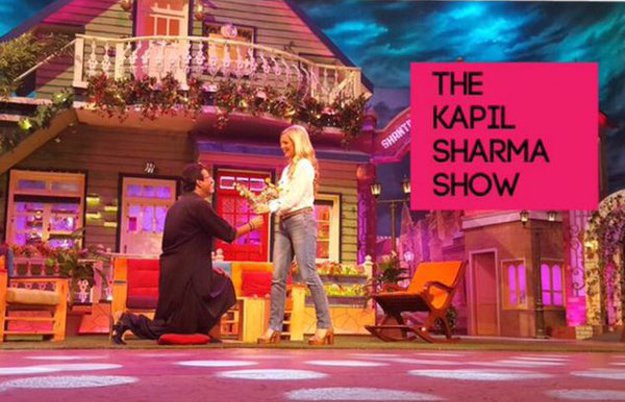 Pakistan cricketer Wasim Akram displayed a romantic avatar on The Kapil Sharma Show!. The cricket legend appeared with his wife Shaniera on the popular show making, their first public appearance.

“When Kapil asked him about his love story, Akram confessed that it was love at first sight for him. He also admitted that he had never actually proposed to anyone in his life, but with Shaniera he knew he had to do it immediately,” a source revealed. The source said, “Then Wasim went down on his knees with flowers and a ring. He was ecstatic when she accepted his proposal. Shaniera responded by saying she will accept his proposal no matter how many times he proposes.” The episode will be aired this weekend.

After the appearance of the legendary actor Shah Rukh Khan on The Kapil Sharma Show, the renowned Pakistani cricketer, Wasim Akram is all set to appear on the show.

Kapil Sharma recently took to Twitter revealing that Wasim Akram will be appearing as the second guest on his newly launched show. The host also asked fans to submit questions which they would like him to ask Wasim during the show.

Thank u guys.. Please let me know if u want to ask something @wasimakramlive .. Will ask u on ur behalf .. Love u all

Following Kapil’s tweet, Wasim also asked his fans to submit questions which they would like him to ask Kapil Sharma during the show. Now that’s funny! Wasim said that he loves engaging with the audience twice as much as Kapil Sharma does. It is pertinent to know that Wasim Akram will be appearing in the second episode of The Kapil Sharma Show, whereas the cricketer has also shared the stage with the host in The Comedy Nights With Kapil as well.