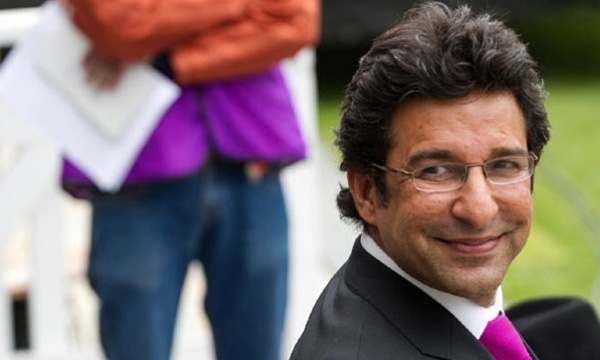 Former Pakistani captain and cricket legend Wasim Akram has introduced a mobile app for cricket lovers to keep them updated with the sports news 24/7. ‘Wasim Akram’s Cricket News’ is being labeled as one of the most comprehensive Cricket News apps that delivers the latest sports news, cricket celebrity updates on social media pages (facebook/twitter) and cricket videos all at one place.

The app developed by Right Now Digital was officially launched in a ceremony held in Dubai yesterday and is available to download on Android and Apple devices. Wasim Akram acts only as the sponsor name for the app. The company collaborated with Wasim Akram for allowing his name to be used for sponsorship and attracting a huge fan base that the star cricketer possesses. Talking at the launching ceremony, ‘Sultan of Swing’ stated:

“With Wasim Akram’s Cricket News, fans will no longer have to trawl the web for cricket news because they will be able to read what their favorite papers, websites, blogs and personalities have to say about this amazing sport, all in one place”. This app is available for a free download on Android and Apple devices just at the right time to click cricket gurus, as the season of some mega cricket events is round the corner, such as the Pakistan Super League 2016 and ICC T20 World Cup. It is impossible to go through every newspaper and trawl the websites; Wasim Akram’s Cricket News has brought all cricket related news at one platform.

Wasim Akram is the first sportsman from Pakistan to provide his fans with a customized news app of his game.