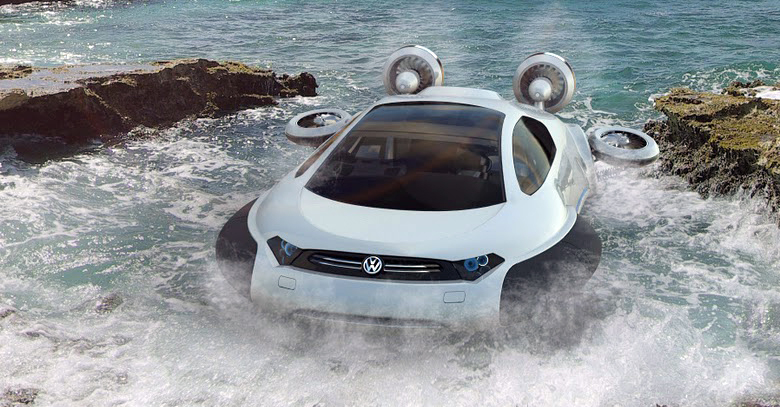 A Chinese Industrial Design graduate from a university in Xihua, China has drafted a hover-car design for Volkswagen which can travel on land as well as water.

The designer, Yuhan Zhang has named the model, “Volkswagen Aqua” which was actually a design made for a competition held by Volkswagen.

The car basically caters to terrains like deserts, ice covered areas, water and of course roads.

It has a sleek design and comes with four fans and airbags which will get filled with air and will help it hover. The vehicle design also includes that two motors will run on Hydrogen fuel cell which makes it environment friendly as well.

The owner of the model, Yuhan Zhang said, “There is no better form of transport than an air cushion vehicle because it travels equally well over land, ice and water.”