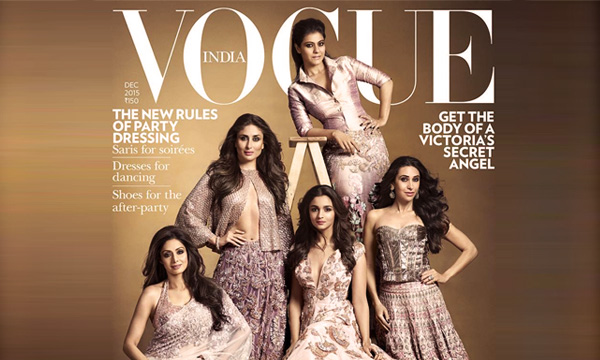 Much like Hollywood Reporter’s annual Actress Round table November cover, the top 5 Indian actresses have graced the cover of Vogue India this December.

See the cover below:

December’s issue focuses on the designer and his success story in the Indian fashion industry.

More than the impressive roster of clients and star patrons, a 100-crore business, multiple awards and 1,000-plus movie assignments, the designer’s greatest success after 25 years ruling the twin worlds of film and fashion.