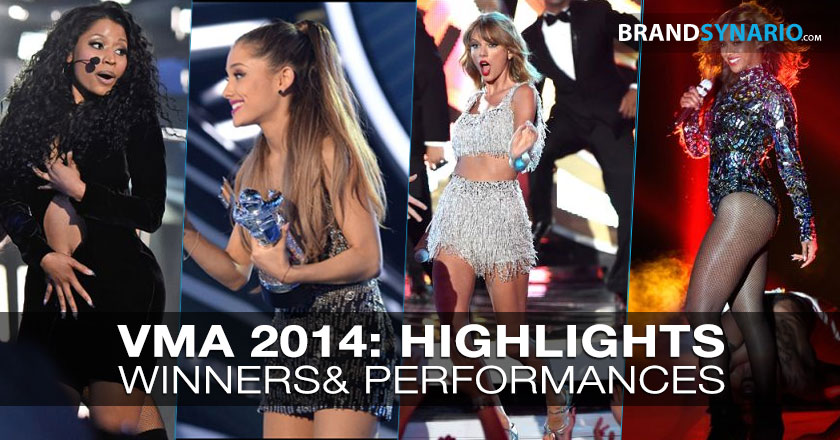 As expected, MTV video music Award 2014 was a roller coaster ride of controversies and glamour.

All this is not even half of what transpired last night.

VMA – MTV Video Music Awards, as known to all is one the biggest and most awaited award ceremonies.

Presented by MTV, VMA is considered as an alternate to Grammy Awards, honoring the best in the music video category. VMA is often branded as “Super Bowl for youth”, enticing millions of music lovers from all age groups who come together each year revealing the best musical celebration of the year.

The first VMA ceremony was held in 1984 at New York City’s Radio City Music Hall. Each year VMA brings the most exciting and unusual of event.

Likewise, this year the award ceremony was full of such astounding incidents

Miley Cyrus shocked the crowd by sending a young homeless man on stage to accept the award for Video Of The Year.

Taylor swift’s off the stage dance performance, along with her most entertaining act.

Have a look at the hottest happenings of the night in gifs:

Beyonce saved the show with her stunning performance

and those oh-so-perfect curves!

Then there was Miley Cyrus bawling over the stunt that she pulled this year.

She was asked to perform on-stage!

Finally there was Nicki Minaj whose deliberate wardrobe malfunction stunned the audience!

Amidst these highlights were the lucky winners:

Katy Perry won early for Best Female Video for “Dark Horse,” while Ariana Grande also snatched a statue to kick off the night by winning for Best Pop Video.

The big winner of the night was Miley Cyrus, who won Video of the Year for “Wrecking Ball” and let a young boy named Jesse accept the award and give a speech about homeless youth, while she teared up during his heartfelt message.

VIDEO OF THE YEAR

Arctic Monkeys — “Do I Wanna Know”

5 Seconds of Summer –”She Looks So Perfect”

Schoolboy Q — “Man of the Year”