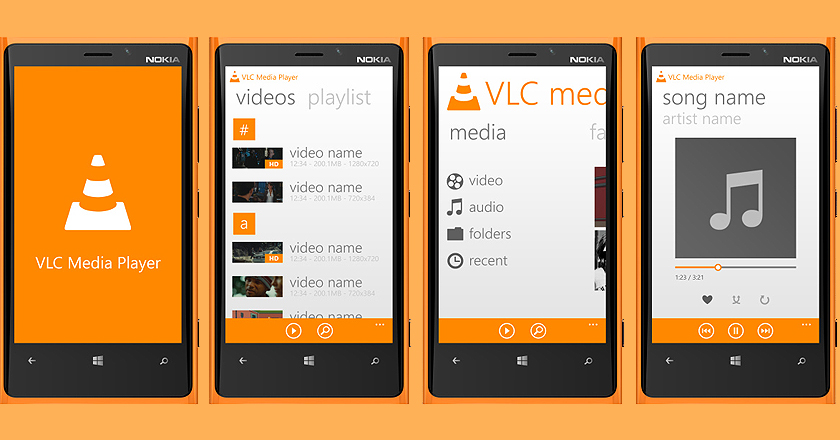 The VLC Media Player which is most commonly used on PCs and other platforms as well is now being launched for Windows. The main reason behind VLC Media Player’s popularity is that it is able to play almost any format file your try to open with it.

For now, it is compatible with Windows 8.1 devices only, and is available on Windows Phone Store. The app is also capable of bringing native MKV support. VLC for Windows Phone 8.1 is light-weight; it has the size of 10 MBs.

The beta version of the app was released a few months ago and is now available for public downloading. Grab the link for the app here.

The blurb for the app description reads as:

This version is the first beta of the port of VLC media player to the Windows Phone platform.”

The interface for the app is very user-friendly and straightforward; it collects all the files from the phone and puts them onto the home screen. Additionally, it also has separate tabs for video and audio files which creates convenience in navigating through the files. The app has retained its traditional orange and white color patterns.

Any smartphone is incomplete without the ability to play music or videos. And for a lot of users, the definition of a good media player is VLC. This makes it an essential to-download app for all the Windows Phone users out there.