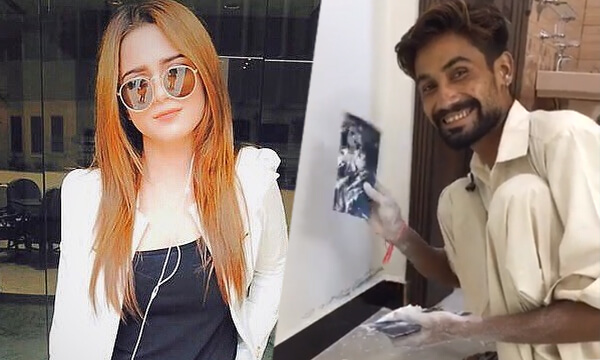 The internet can literally make superstars out of some people!

We all remember how the blue-eyed Chaiwala, Arshad Khan from Islamabad skyrocketed to fame and literally became a model after his photograph went viral. Even international publications featured him and Khan became a celebrity overnight.

Last week, various videos of a Pakistani painter started trending on social media and his voice stole hearts of people all over the nation. 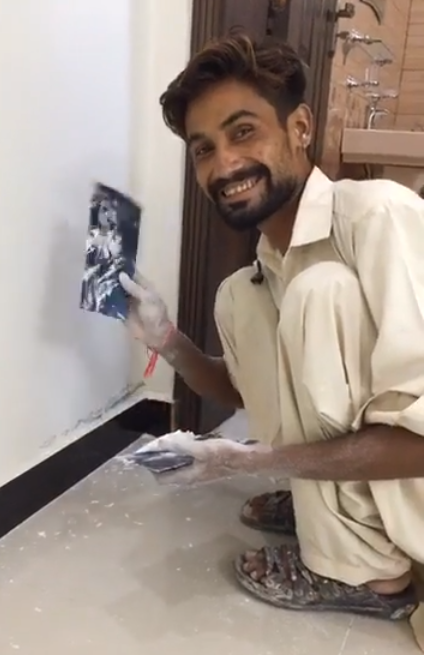 The lad, Muhammad Arif was discovered by Facebook user Abrar Tweets who went live and caption the video as ‘deserves to go viral’!

Instantly, his videos crooning to hit Bollywood tunes like ‘Humari Adhuri Kahani’ spread on the web like wildfire.

So much so, social media dubbed him as Pakistan’s own Arijit Singh owing to his melodious voice and strong vocals.

According to the latest buzz, Arif has been invited to perform with the Kalabaaz Dil Hai girl ‘Aima Baig’ on Independence Day. 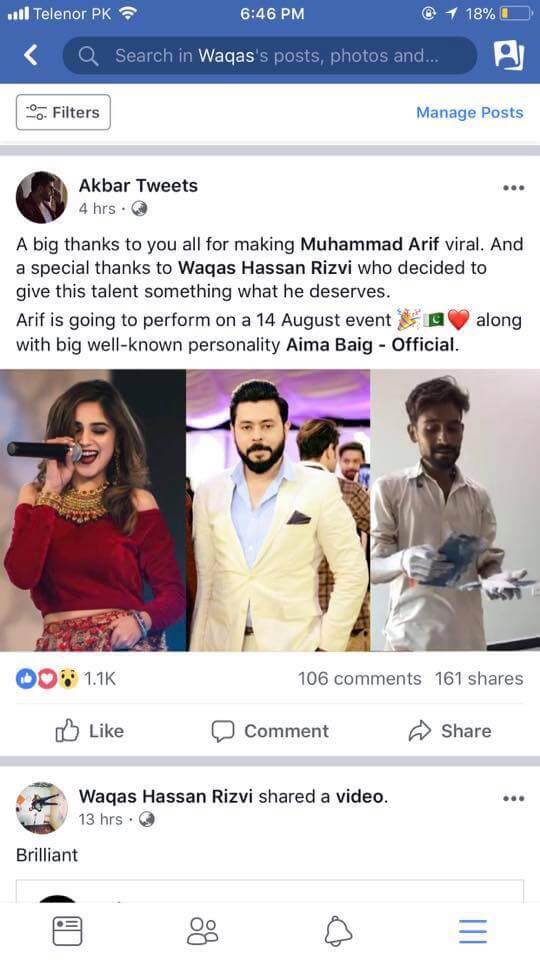 Here’s yet another video of Arif practicing on his vocals!

Clearly, the internet has changed his life and why not! With a talent so amazing and a voice so melodious, the hidden gem deserves to be exhibited in front of the world.

More power to Arif! Here’s to hoping his first performance on stage is magical and he shines like a true star while singing with Aima.