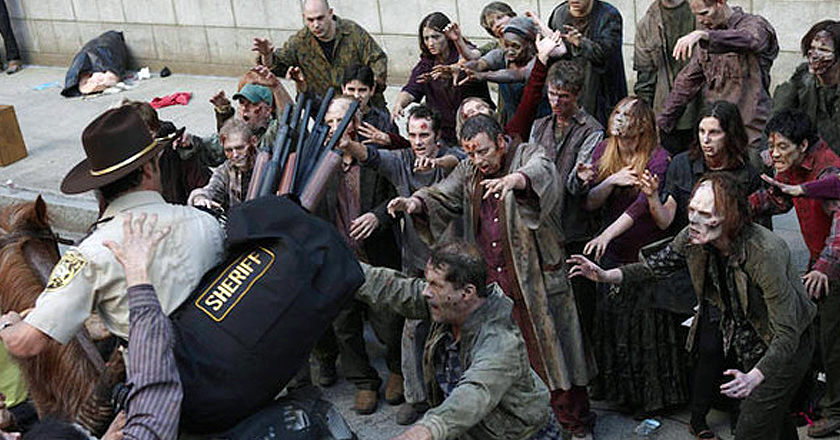 It hasn’t even been a month since New Yorkers got scared to death by devil baby prank of Devil’s Due and yet they were again seen jumping off their skins as AMC decided to prank the on goers.

With the hype of Walking Dead rising, AMC went for something more creative and scared the New Yorkers by drawing out hands out of the blue from the sewer grates to give an air of the zombie apocalypse.

This frightened the people going on the roads especially as their horrified expressions were recorded while they jumped or started to move quickly from the area. Some screamed their lungs out and Union Square witnessed many who fell as preys to the harmless prank.

The show which is returning with the second half of its fourth season will be aired this Sunday on AMC with the episode titled, “After.”

With millions viewing the video online, the promotional prank has caught the attention of officials demanding permits for the shoot
Over three million have clicked in to see the Walking Dead-inspired promotional prank and it seems all the attention it is getting has caused officials to do some digging.
The Metropolitan Transportation Authority are allegedly investigating the prank amid suggestions the company who produced it didn’t get the required permits prior to shooting.
Watch the Video Here: