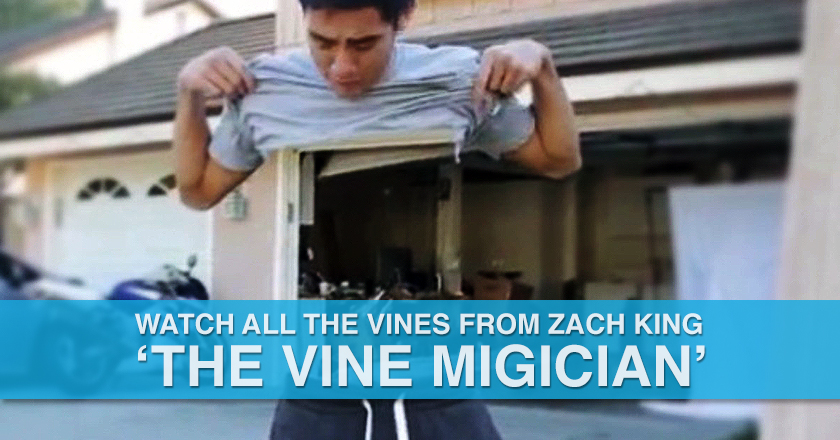 The overwhelming success and popularity of ‘Vine’  in the last year cannot go unseen by the Internet and social media fanatics.

Social media giant, Twitter bought Vine in just four months of its operations, recognizing the potential in the app, thus forth, Vine evolved from iOS to Android, Windows OS, HTML 5 and Windows 8.

The seven second video making app is gaining equal popularity in Pakistan. From facebook pages to millions downloading the app on their smartphone, Vine seems to be growing out from Europe, Brazil and America into newer territories.

Vine enables its users to create and post short video clips, that can fall into categories that range from entertainment, scary to informative and special effects.

Along comes the man in discussion – Zach King. This Vine star and filmmaker, has gained popularity that now extends the realms of Vine. He raised to fame with his 7 second clips that made many freeze in their steps. Of course one must first realize that people using Vine, use their cell phones to record clips completely and entirely made in home.

Zack neither performs magic on the streets nor in the traditional sense, his expertise remains in the cleverly edited six-second videos he uploads that might just put David Blaine to shame.

The simplicity in the boy’s act is amazing. He uses the most common things amongst us and with his wit changes them into something so astonishing.