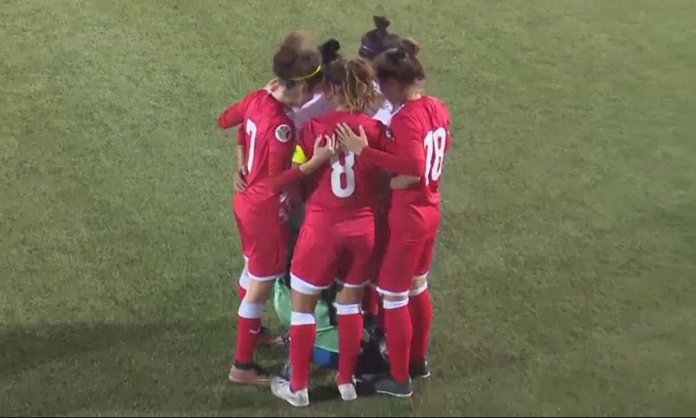 Football is one of the most popular sports in the world but, unfortunately, sportsmanship isn’t half as popular as the sport itself.

It is sadly a common sight for footballers to get into physical fights during matches, and for many it is seen as them taking the sport seriously.

In our dedication to the sport and thirst to win, we often forget that we’re humans and are supposed to display humanity before performance.

A video of a pleasantly surprising incident that happened during a women’s football match is circulating on the internet and bringing tears to everyone’s eyes.

"When a soccer player's hijab started falling off to reveal her hair, her opponents gathered around to provide cover while she fixed it."

We need more of this ❤ pic.twitter.com/tVppBR9c8V

A beautiful display of empathy was shown by members of a women’s football team when a (hijaabi) member of their opponent team got physically hurt and needed a moment to gather herself and readjust her hijaab.

They all gathered around the hijaabi player to offer cover and privacy. Not only was the player respected as a human, but also for her religious beliefs as they knew a hijaabi would not publicly uncover her head.

The gesture is receiving well-deserved appreciation from social media users all over the world.

Take a look at what they’re saying:

I feel like i just watched some of next generation of world leaders. They give me hope!! Thank you for this video

I can't thank you enough for finding and sharing these moments that restore hope in humanity.

Yep, that is how we all need to live our lives. Looking out for one another. Beautiful.

What are your thoughts on this? Let us know in the comments.