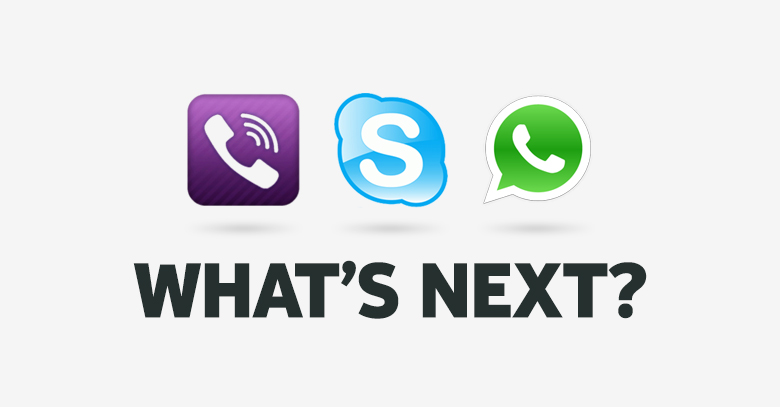 Smart phones have managed to make conversations literally ‘smart’, with these amazing, free of cost , easily downloadable applications such as Viber and Whatsapp. Both of these applications have made it possible to share all sorts of data ,with people all over the world, be it texts, pictures, videos or a sound file, without charging the users. However, a wifi or 3G connection is required, and it is pertinent for the user to have these applications installed , as well as the person he/she wants to convey the data to. Moreover, these apps support group chats which makes them a bigger thrill!

Communication made faster, easier, cost free, and fun. What more could our global village wish for? Nonetheless, as it is said , the struggle for better never stops. Similarly, as Viber replaced the previous free calling application called ‘Fring’, and Whatsapp replaced the messenger known as ‘ebuddy’, it is evident that these current ‘over the top’ applications are to be replaced soon. Whatsapp with its 250 billion users worldwide and Viber following with 175, certainly do have a few shortcomings. The biggest controversy Whatsapp has been facing is that of the complete security and privacy which the users claim. After the consequent hijacking of the Whatsapp accounts in 2011, 2012, the governments of Canada as well as Holland, carried out an investigation. This unleashed the fact that since the Whatsapp application functions by granting it access to the user’s entire address book, it is illegitimate and gives away the data of all the users in the phonebook, even those who do not use the application itself. On the other hand, Viber calls drain out the phone’s battery , the wifi signals have to be too strong for an efficient call, whereas there is no video chat option. Thus, the e-communication market is looking up to an application which fills in these loopholes, maybe one which offers a privacy like blackberry messaging, a video chat similar to skype and an efficiency perhaps as that of a GSM call!