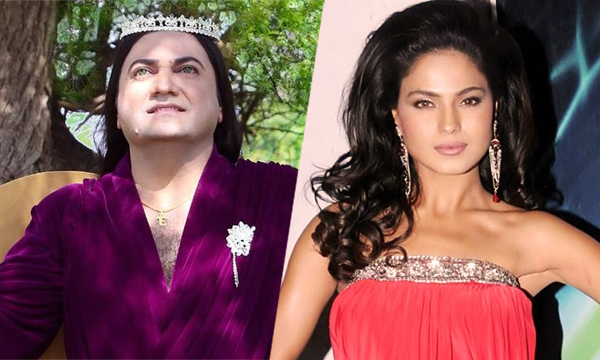 Pakistani actress Veena Malik, once in the limelight for her controversies, also dissed the social media sensation, Taher Shah, making fun of his latest single ‘Angel’. Angel has already stirred quite the buzz on social media, locally as well internationally and Veena Malik too decided to join the bandwagon.

Indian celebrities including Twinkle Khanna and others have also tweeted about the ‘ANGEL’ song giving criticism and sarcasm from all corners of the world.

Joining the league was our very own Veena Malik, who took to her Twitter account and uploaded a short video clip of her daughter listening and watching the song on the television.

Fans from all over the world couldn’t help but make fun of the hilarious music video of the singer who is dressed as an angel in a plum gown, angel wings, and a tiara- singing the song in extremely awkward English.

Taher Shah has recently responded to his critics saying that he takes criticism quite positively and thanked his fans for making the video reach 2 million views in merely 48 hours.

He has also written a blog, explaining the ideology behind the song ‘Angel’. I sure can’t wait to read that!