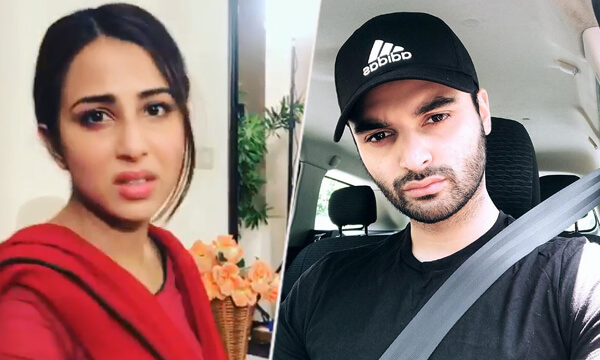 In an unfortunate incident, a famous Pakistani makeup artist Omayr Waqar was recently attacked by a pack of stray dogs in Karachi where he suffered serious injuries.

Luckily, the makeup artist was rushed to hospital on time and received proper treatment.

After getting his first-aid, Omayr Waqar took to Instagram and informed his followers about the accident.

He also added that stray dogs should be removed around the city as they can harm any citizen.

I don’t care if it hurts some people’s feelings, people, with animal love, but stray dogs must be removed from Karachi. Because clearly, no one wants to treat them, hence I hope they get removed. They are disgusting and harmful.

On the other hand, the Alif Allah Aur Insan actress Ushna Shah, who is known for lending her voice for the animals, decided to share her views on the matter.

Two years ago today I brought this little devil home. We had just lost our toy poodle Marilyn, with whom my mom was really attached. I came to the pet store to buy some dog food for the other two dogs and the vet tried selling me some cute little Maltese puppies. I wasn’t interested in a new puppy nor did I want to fund a breeding business, but I saw Tweety in a cage. Quiet. Head down. I asked what her deal is, she was three years old, had been moved from pet store to pet store and was clearly abused. She lived in a cold cage, was taken out once a day to do her business and was given one can of dog food a day. The pet store owner (who happened to be a vet) agreed to sell her to me (at a price nobody else would pay, goes to show how animals are used as a business, the world is so heartless). I called my mother up (who did NOT want another dog) and told her Tweety’s backstory. Mama being one of the biggest animal lovers I know sighed and then laughed, Tweety was coming home. She was given her first warm bath, soft bedding, home food, and cuddled for the very first time. She was in shock. She didn’t know what to do with all this love. She is my mother’s shadow since then, follows her everywhere. Her abused past creates some problems sure, she attacks the Pitbull as well as the other Toy Poodle. Growls when men come close. But we took her in with the promise to love her and give her a new life and well, it’s been worth it. Rescue/Adopt. It’s worth it! (This picture was taken for my mom at the pet store, right after I bought/freed Tweety) #tweetytheshihtzu

However, she didn’t agree with Omayr Waqar and lashed out at the make up artist on her Instagram stories.

Disgusted and disappointed. It took you years of struggle to get to where you are. Being kind to God’s creatures will get you further than forced shout outs and social climbing.

Her aggressive reply made the things uglier and Omayr decided to respond to the actress.