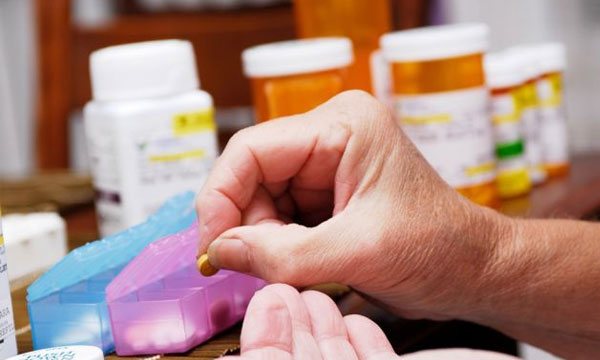 Members of a major US medical association called Tuesday for a ban on advertising prescription drugs to consumers, saying the practice helps drive up prices and harms patient health.

The American Medical Association, which has more than 200,000 members, voted to urge an end to direct-to-consumer advertising of drugs and medical devices during a meeting in Atlanta, Georgia.

“Today’s vote in support of an advertising ban reflects concerns among physicians about the negative impact of commercially-driven promotions, and the role that marketing costs play in fueling escalating drug prices,” said AMA Board Chair-elect Patrice Harris.

About $4.5 billion is spent promoting prescription drugs in the United States annually, and many health experts say soaring drug costs are making some treatments for cancer, hepatitis C and other illnesses out of reach for some of the nation’s most vulnerable people.

Advertising dollars spent by drug-makers have increased by 30 percent in the last two years, according to recently published market research.

The practice is increasing demand for expensive treatments, even when there are cheaper alternatives available, the AMA said.

“Direct-to-consumer advertising also inflates demand for new and more expensive drugs, even when these drugs may not be appropriate,” Harris added.

Only the United States and New Zealand allow direct-to-consumer advertising of prescription drugs. In other nations, it is already banned.

“In a worst-case scenario, patients forego necessary treatments when drugs are too expensive,” said Harris.

The AMA said it will also “encourage actions by federal regulators to limit anticompetitive behavior by pharmaceutical companies.”

Prices of generic and brand-name prescription drugs have been climbing in the past several years, and rose 4.7 percent in 2015, according to the Altarum Institute Center for Sustainable Health Spending.