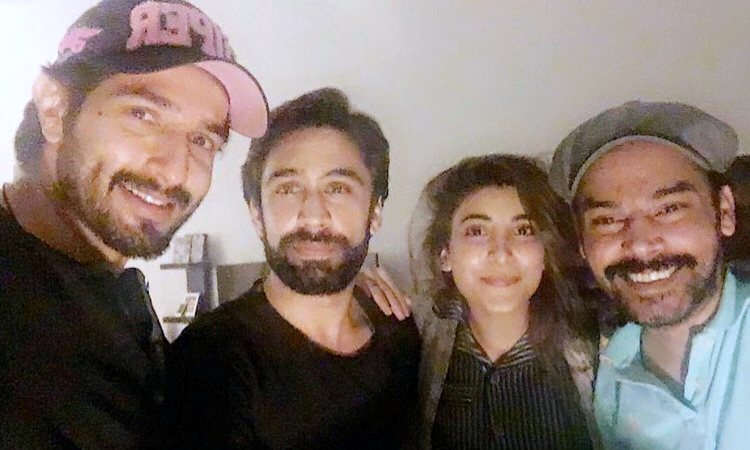 It has recently been revealed that Pakistani actress Urwa Hocane will be replacing Sana Javed in the upcoming Pakistani movie Rangreza featuring Bilal Ashraf & Gohar Rasheed.

Previously, Sana Javed was all set to make her movie debut ‘Rangreza’ alongside the two heroes. However, she has walked out of the movie and will no longer be a part of it.

Check out BTS shots of the movie here!

“We brought her on board just a couple of hours before rolling the camera. She’s just like a blessing for our film”, he added. Urwa confirmed the news and said, “Yes I have started shooting already, my name in the film is RESHMI. Reshmi is a kindhearted, soulful, beautiful girl. Her purity makes her rare; she is as pure as her name in the film.” “I’ve started shooting for the film already”, she told Dawn.

The fans were pretty excited and were eagerly waiting for the movie. While the two male leads are still anticipated to be a part of the upcoming romance based on music, actress Sana Javed has reportedly walked out of the production due to a family emergency. The actress revealed to a local news website: “I’m not doing Rangreza anymore due to some family emergency, because of which the dates could not be managed for the film. Hence, I had to quit, with mutual understanding, of course.”

The man who stole our hearts in the teaser of Janaan with his dimpled smile will be cast alongside Sana Javed’s romantic debut movie titled Rangreza. The movie makers have also added Gohar Rasheed as the male actor in the movie. Finally, we know what was cooking between Gohar and Bilal earlier this month. Are you excited to see these three together?

A post shared by PAKISTANI CELEBRITIES🇵🇰 (@pakistani.celebrities) on Jun 9, 2016 at 4:33am PDT

The lovely and talented Pakistani actress Sana Javed is all set to hit the big screen. The glam girl of the small screen will soon make her way to the silver screen with a romantic movie, directed by Aamir Mohiuddin as the female lead; the movie is set to release sometime next year.

The diva, who has several hit serials to her credit such as Pyaray Afzal and Zara Yaad Kar, did not reveal much about the story and her character while speaking to HIP in Pakistan but she did confirm that she is playing the lead role in the movie. The upcoming Pakistani romantic film is penned by the Akhtar Qayoom and is currently in the production phase. “I am very excited,” shared Sana Javed. “I cannot talk about my role or the male lead right now, but I can assure you it’s going to be a ‘big surprise’!”

While we guess and wait for the ‘big surprise’, you stay tuned to us for more details.