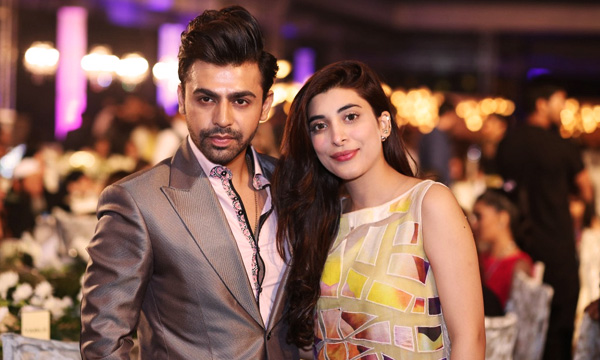 A palpable buzz is brewing in the TV, Film, Music and Fashion industries as the Lux Style Awards 2015, the most influential awards show in Pakistan is set to take place at the end of September 2015 in Karachi. One power couple who may be most excited about the LSAs is pop star Farhan Saeed and  TV and Film actress Urwa Hocane who have both been nominated for LSAs in their respective fields.

Hollywood may have its ‘Brangelina’ (Brad & Angelina) and Bollywood has ‘Saifeena’ (Saif & Kareena) but ‘Urhan’ (Urwa & Farhan) just might dazzle us with a double victory at the LSA audience.

The two recently made an onscreen romantic video together titled ‘Tu Thori Dair’ as well as a new drama on ARY Digital called ‘Mere Ajnabi’.