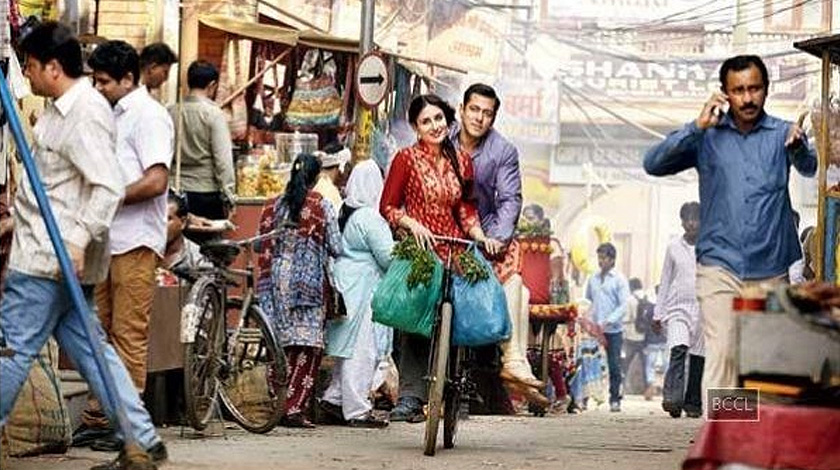 Earlier this Eid,  Bajrangi Bhaijaan managed to take most of the Eid business, making PKR 45 million along the way. The movie earned PKR 17 million on the first Eid day, only to break its own record on the second day by raking in PKR 20 million.

As of August 2015, the cross-border story of a lost Pakistani girl, “Bajrangi Bhaijaan” had grossed more than Rs 600 crore from the worldwide box office. The emotional family drama with Munni aka Harshaali Malhotra’s heart melting looks and Salman Khan’s portrayal of a simple man left people teary eyed in cinemas.

By bringing the movie to our mini screens, Urdu1 has guaranteed its high viewership for the upcoming weekend. Earlier, the channel also aired the TV premiere of Pakistani rom-com, Karachi Se Lahore.