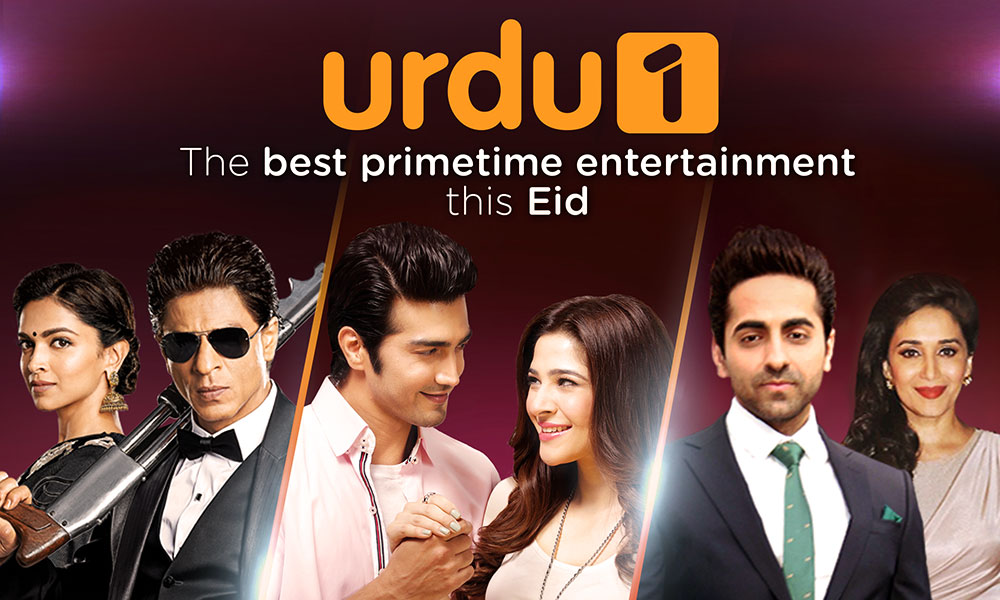 Urdu1 has topped the Bakra Eid weekend charts again after leading the entertainment channel ratings for the month of September 2015.

Take a look at how well the channel has performed in terms of ratings and views as compared to the other mainstream Pakistani entertainment channels: On the first day of Eid-ul-Azha, Urdu1 aired the movie “Karachi Se Lahore” during the primetime slot of 8 p.m. On the second day of Eid, the entire Bollywood film fraternity could be seen on the small screens of Urdu1 with ‘Life OK Screen Awards’. On the third day of Eid, the “Mirchi Music Award” were aired.

Take a look at the infographics for research: The response to this special programming content was phenomenal, even for the primetime slot of 8 PM.