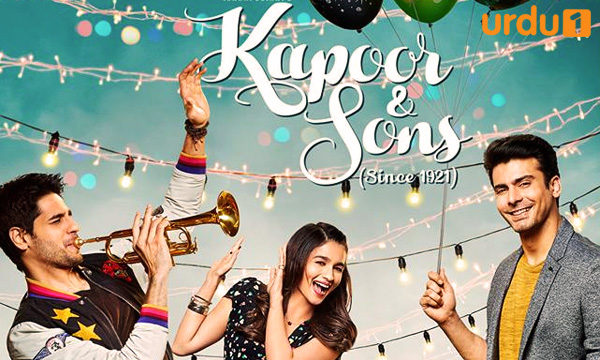 Urdu1 is the official media partner for Kapoor & Sons and the movie will be released nationwide on March 18th, 2016. Previously, Urdu1 has brought Bajrangi Bhaijaan to Pakistani television screens. However, this time around they are handling all the indoor and outdoor promotions for the movie.

The movie revolves around Rahul (Fawad Khan) and Arjun Kapoor (Sidharth Malhotra), two estranged brothers are forced to return to their childhood home when their 90-year-old Grandpa (Rishi Kapoor) wants to see them, then gets a heart attack. While living under one roof, family secrets unravel and misunderstandings are on the verge of turning into tragedy. Rahul and Arjun both fall in love with the same girl, Tia (Alia Bhatt), which is where the problem starts.