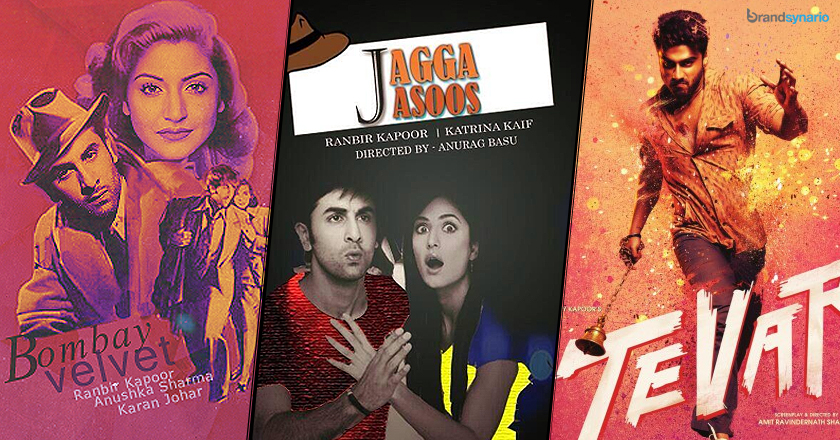 2014 was a successful year for Indian cinema, as blockbusters such as PK, Happy New Year, and Kick were the pick of the successful lot. With 2015 more than a week old now, Bollywood movie fanatics from all over the world are gearing up for an even exciting year this time around. So, take out your red pens and mark down the dates for the top Bollywood movies for 2015, as Brandsynario looks at the most anticipated movies yet to come out of B-wood this year.

Tevar is a romantic action-thriller that revolves around the story of a young Kabaddi player from Hyderabad, who falls in love with a girl terribly embroiled in a forced relationship with a dangerous faction leader of Kurnool. The cast includes Arjun Kapoor, Sonakshi Sinha, and Manoj Bajpayee.

Anurag Basu’s latest work depicts the tale of a teenage detective searching for his missing father alongside his beautiful assistant. Ranbir Kapoor, Katrina Kaif, and Govinda are the star performers in this mystery thriller.

An aspiring actor starting from scratch makes it to the top, with the assistance of his friend, and his voice artiste, who lends his voice to him. The cast includes the legendary Amitabh Bachchan, Dhanush, Akshara Haasan, and Rekha.

Gabbar is the story of a man who builds his own vigilante network that marks and systematically eliminates the corrupt and the fraudulent. The film’s cast includes Akshay Kumar, Shruti Haasan, Sonu Sood, and Suman Talwar.

Bombay Velvet is the story of how brutally a boxer and an aspiring jazz singer’s hopes and dreams smash together with their veracities. Directed and co-Produced by Anurag Kashyap, the film stars Ranbir Kapoor, Anushka Sharma, Raveena Tandon, and Karan Johar.

The man with the biggest fan following in the world, Shah Rukh Khan, plays the role of a fan in Aditya Chopra’s movie. Ileana D’Cruz works alongside SRK, while Vaani Kapoor is also part of the cast.