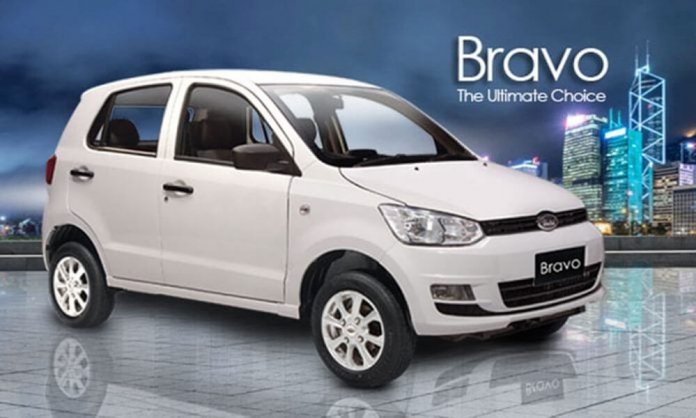 Update: United Autos is now taking orders for their United Bravo Hatchback. The car is now also available at dealerships for customers to take a look.

Customers can book the Untied Bravo by paying an advance amount of PKR 200,000, as the vehicle is priced at PKR 850,000. The car will be delivered in the first half of December 2018 to buyers.

United Autos has claimed that there are limited units of Bravo Hatchback available as for now.

An advance tax of Rs7,500 (filer) is to be added in the overall price of the vehicle.

As of now, 6 dealerships are displaying and taking bookins for the hatchback (1 in Lahore, 2 in Faisalabad, 1 in Islamabad/Pindi, 1 in Bhelwal, and 1 in Multan) across Pakistan. United is working on opening more dealerships soon.

United Autos is ready to dispatch their famous United Bravo hatchback to their dealerships from 5th October, according to sources.

Bravo’s launch on 8th September left the entire country in awe as automotive enthusiasts eagerly awaited for more details as to when the vehicle will be available at the local dealerships.

However, the company did not provide any details at the time.

The source is almost 100% certain the company will roll-out the Auto Bravo for tomorrow’s date, though there is still no official word as of yet from the makers.

The 800cc hatchback was given a price-tag of PKR 8,50,000 and was introduced in 3 three colours- white, grey, silver. The company has delivered on its promise of offering more features for less as compared to other vehicles in the same price-range like Suzuki Mehran.

Some United Autos dealerships have started to take bookings of United Bravo. You’ll need to make an advance booking fee of Rs200,000 to book yourself a Bravo, but the expected time of delivery is still not confirmed.

Unfortunately, it is being said that the vehicles on display at the launch event left everyone questioning its quality as it had paint and built issues.

What do you think about United Autos’ United Bravo hatchback?

*Note: This is a developing story.