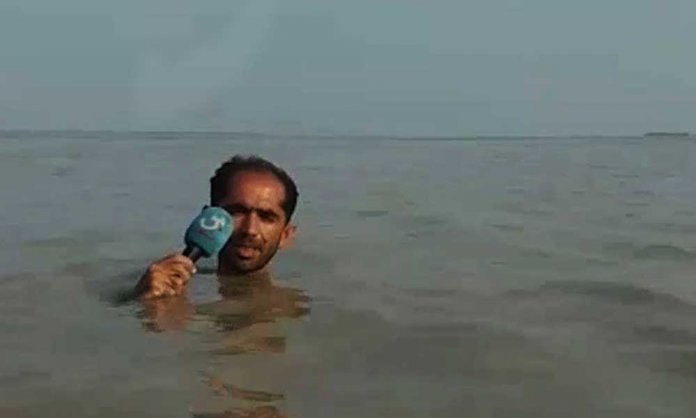 UNILAD, a popular youth platform with hilarious content has featured a Pakistani journalist in their latest video captioned ‘Reporter that is Dedicated to the Cause’.

Other publications from around the world have also featured the reporter, named Azadar Hussain, who went to work in neck-deep water to report floodings in Kot Chutta, a district in Punjab province.

GTV News shared the clip on their YouTube channel and it started to go viral.

While some appreciated the man for his dedication and praised him saying that he deserves an award, others were not too happy.

They talked about the dangers that Hussain could have faced in the flood water and that the news channel had no right to make him go through this situation.

Dozens in Pakistan have died in the result of the monsoon spell over the last 2 days.

More heavy rains are expected to hit the country in the upcoming days.