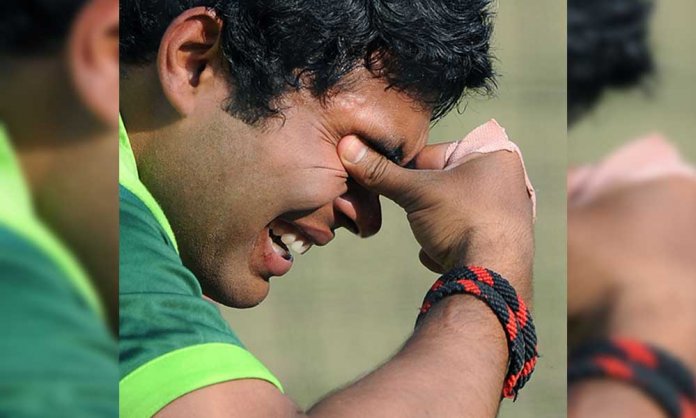 Umar Akmal has once again become a talk of the town. The cricketer has yet again made a name for himself as he has broken Shahid Afridi’s world famous record.

Akmal now holds the title for ‘Most Ducks by Any Pakistani in T20’ thanks to his recent performance.

The all-rounder has marked a very unpleasant comeback to international cricket after missing in on all the action for 3 years.

Akmal was dismissed on the first ball without making a single run in the first T20I against Sri Lanka at Gaddafi Stadium on Saturday.

The wicket marked his 9th duck over a course of his 83-match T20I career. On the other hand, Shahid Afridi held 8 ducks for a record of 99 T20I matches.

As expected, social media could not wait to make the batsman regret his decision of making a come back to cricket.

Recyclables in the first T20I

What is Umar Akmal still doing in the T20i squad? #PAKvSL

One good thing about Umar Akmal and Ahmed Shehzad is that they are very consistent in “not disappointing us”. Two of the most dangerous batsmen around (for their own team). Thank you for coming back 😇 we missed you.