20th November 2019: The Ukhano harassment case has taken a new turn as new developments have come forth.

The alleged victim, Afrah Asif has taken it to her official social media to share a new statement.

Afrah has shared that her social media account was hacked and the comments made against Ukhano, claiming that he had attempted to rape her were not written by her but the hacker.

Here’s what she had to say

This is what Ukhano tweeted after her statement

However, what we still cannot wrap our heads around is that if her social media accounts were indeed hacked as she claims, why was this not risen when the news of harassment against him went viral?

From what we understand from her official statement is that both of them have now reached mutual grounds in regards to the entire situation.

He has recently uploaded a documentary on his YouTube channel giving a roundup of all the events that happened during the time of allegation and onwards.

The women who have accused him had shared screenshots on social networks as proof of harassment which spread like wildfire. 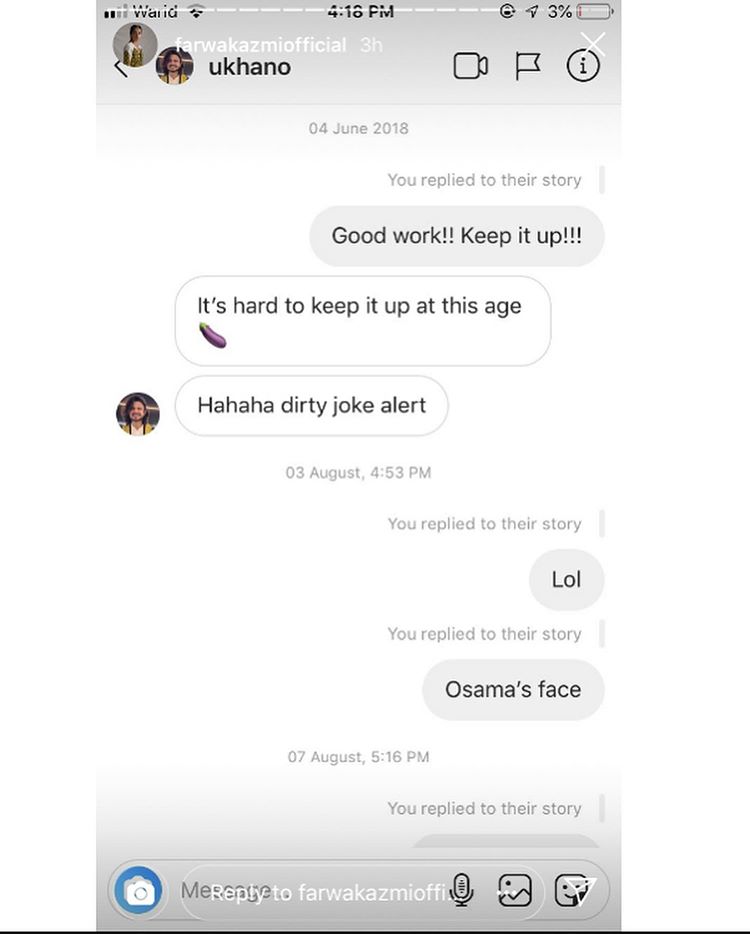 The vlogger came up with a statement video, refuting all the accusations and claiming that he would be taking legal action against all the alleged accusers.

Ukhano also shared his plan of action after filing the FIR.

This video was shared on Twitter with a heartfelt tweet expressing his trust in his fans and encouraging others to pursue proper legal action against such occurrences.

On 9th July I was a target of false allegation. I promised you all that I will go through the legal channel and after submitting my application in FIA along with all the evidence and after 3 months of investigation I have an FIR against false allegations. #ukhanofalselyaccused pic.twitter.com/NoSfwRzj97

The tweet concluded with hashtag #UkhanoFalselyAccused, which is stilling trending on Twitter. In reaction, some individuals have supported him whereas many others have demanded proper proof he promised earlier.

Vlogger Raza Samo even apologized in the video saying that he only believed one side of the story.

Umar Khan’s lawyer Samaviya mentioned a private publication that sided with the accusers only believing one side of the story.

“If someone tries to defame an individual, then an FIR will be filed against the prior, after due investigation.”- by Asif Iqbal

Read the Formal FIR Below

Never make negative comments or spread rumors about anyone. It depreciates their reputation and yours. #UkhanoFalselyAccused #FIR #CYBERCRIME pic.twitter.com/LGjpwVZ2B3

The Ukhano harassment case has now taken a new turn. There are still more developments that are yet to come forward with time.

#MeToo: Famous Supermodel Claims that She was Harassed by Ukhano Too

What is your opinion on this? Share your thoughts with us in the comments below.