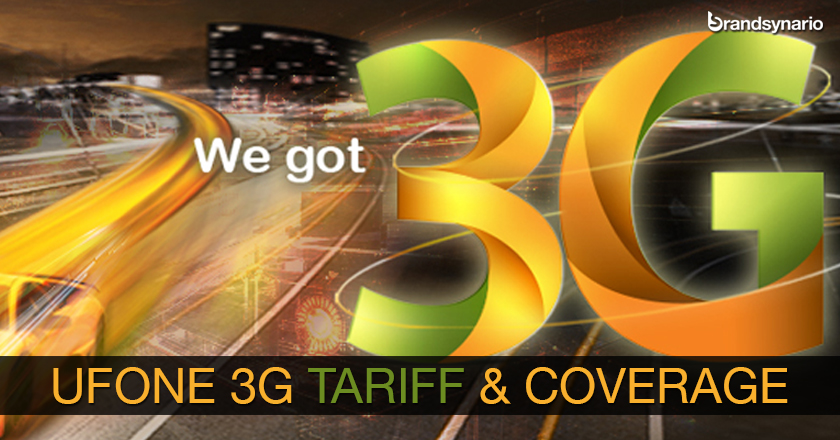 Ufone has commercially launched its 3G Packages whilst ending its free 3G trial from May, 24th 2014.

The telco giant is now the first one to formally launch 3G in Pakistan with its various packages ranging from as low as Rs. 5 per half day at 256Kbps to the maximum limit of Rs. 1500 for 3Mbps data speeds with monthly data limit of 3 GBs.

The newly announced packages are currently applicable in the three metropolitan cities of Pakistan i.e. Karachi, Lahore and Islamabad while the free trial date has been extended in Multan and its adjoining areas.

All the 3G handsets on Ufone network have already been upgraded by default on 3G, new 3G handset on network can be set by dialing *7700#.

In all, Ufone has announced a variety of different packages for their prepaid and postpaid users separately. The default package, known as PAYG 3G Packages comes without any bundles. PAYG which means pay as you plan is tariff based and has the following rates and conditions:

Here is the detailed rate sheet as given on Ufone’s official website.