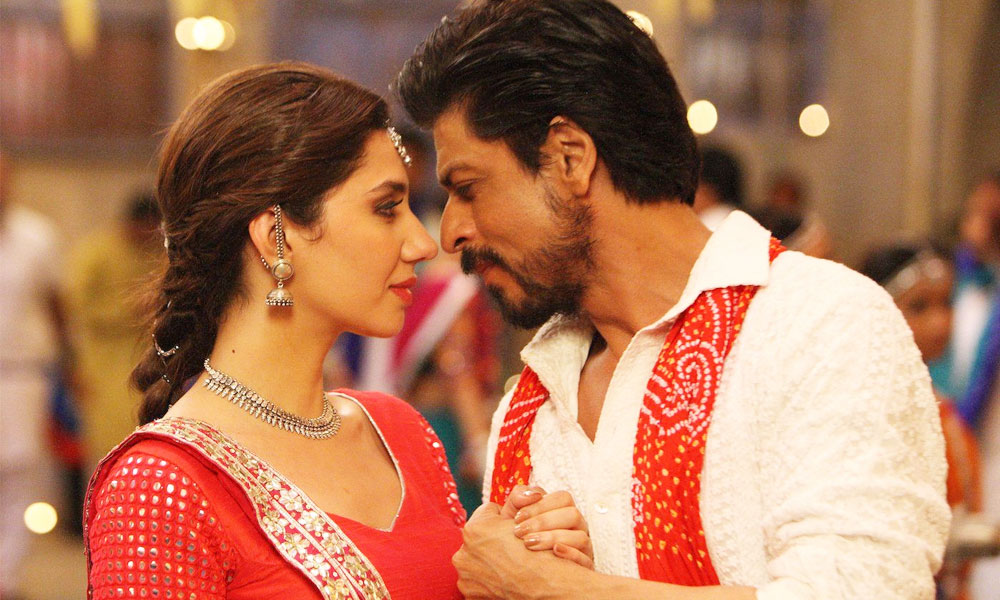 After the release of the super-hit song Zaalima, another upcoming track from, Udi Udi Jaye’s stills from Mahira Khan and Shah Rukh Khan starrer, Raees have just been released by Red Chillies Entertainment. The dreamy pictures have already created a buzz on social media.

The Pakistani diva and Bollywood’s King Khan look like a Dream!

The new track is to be released in lieu of the upcoming kite flying festival, Makar Sangrati. The undisputed king of romance SRK and debutante, Mahira Khan look irresistible in red sharing a sizzling chemistry. The leading pair will be seen swinging to Garba steps for the first time on the silver screen.

The chemistry between Mahira and SRK in the song is bound to us Swoon!

A new song from Raees is on its way to set your hearts aflutter. Stay tuned! #UdiUdiJayeOutSoon @iamsrk pic.twitter.com/peedPxX036

‘Udi Udi Jaye’ is composed by Ram Sampath and written by the legendary songwriter and lyricist Javed Akhtar. The singers are Sukhwinder Singh, Bhoomi Trivedi and Karsan Sagathia.

We can’t wait to watch the fun Garba song, Udi Udi Jaye! The movie ‘Raees’ is set to be released on the 25th of this month.

Zaalima Song of Raees Movie: Mahira Khan & Shah Rukh Khan Are Killing it in the Tune!

Here Is How You Can Register Yourself For A Covid-19 Vaccine...