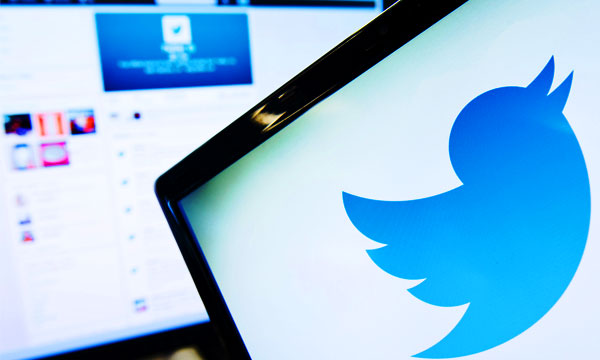 Twitter chief executive Jack Dorsey said Wednesday that the struggling messaging platform is in the midst of “rebooting” as it seeks to fulfil what he sees as its vital mission as a rapid source of information.

Speaking at the Twitter developers conference in San Francisco, Dorsey said the relationship with Twitter and third-party developers had become strained, but promised to work to improve the situation.

“Somewhere along the line, our relationship with developers became a little bit complicated,” he said.

“I apologize for our confusion,” he said, adding that “we want to reset our relationship, make sure we are learning, we are listening, we are rebooting.”

Dorsey said the developers play a key role in helping Twitter fulfil its important role in the global community.

“Twitter is unique because it is a brand, a bird, a logo that just about everyone on the planet has seen. It stands for something,” he said.

“Twitter empowers the conversation that the world needs to see.”

Dorsey also told the 1,500 developers that Twitter would make available analytical tools that can help them get better data on how people use applications.

Dorsey, a co-founder of Twitter, this month began his second stint as CEO as the San Francisco-based company seeks to revive growth and move toward profitability.

One of the first things Dorsey announced was the new Moments feature, which enables members to get a glimpse at breaking news.

On Wednesday, Twitter announced another feature called “Twitter Polls” that enables users to “weigh in on all the topics they care about.”

“If you want the public’s opinion on anything — what to name your dog, who will win tonight’s game, which election issue people care most about — there’s no better place to get answers than on Twitter,” said a blog post from Twitter’s Todd Sherman.

“For poll creators, it’s a new way to engage with Twitter’s massive audience and understand exactly what people think. For those participating, it’s a very easy way to make your voice heard.”

On October 13 Twitter said it was slashing eight percent of its workforce, or some 340 jobs, as Dorsey outlined his new “roadmap” to boost users and revenues at the money-losing messaging platform.

The San Francisco-based platform, which has not yet turned a profit, has struggled to expand its user base above 300 million, lagging rival networks such as Instagram and well behind the much larger Facebook.

However, Twitter says that one billion people have seen content published on its network through other sites or applications.

Reaching Out to Businesses

Twitter is also hoping to convince businesses of the advantages of its platform, which include new tools that allows them to get a close understanding of users, including such information as demographics and personal interests.

A merchant, for example, can identify a customer via Twitter and engage in a live conversation on the platform — for example to correct a placed order.

Facebook already has something similar with its Messenger app.

These new announcements did not halt the slide in Twitter stock, which dropped five percent on Wall Street Wednesday.