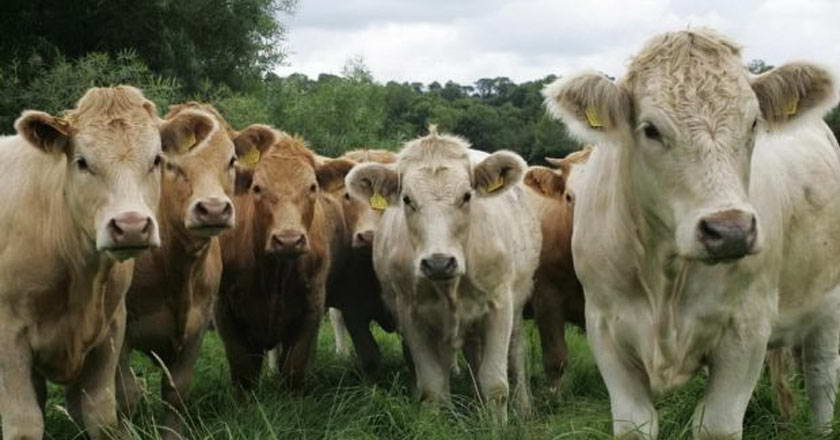 Recently, the Maharashtran Government banned the slaughter of cows and the sale and consumption of beef in the State.  The penalty for breaking this law will be a five-year imprisonment. It is true that Hindus form 80% of India’s population which means about 1.2 billion people. According to tradition, Hindus are supposed to revere cows and the cow-slaughter is already banned in many States in the country.

Prime Minister, Narinder Modi has expressed dismay at the rising amount of meat exports from the country and is hoping to bring about a National ban on cow slaughter.

This measure has ensued mass criticism on social media. The hashtag of #BeefBan is trending on twitter across India with about 50.6k tweets regarding this particular trend.

Take a look at the hilarious reactions as well as the outrage and tirade of the people from across the Border:

We want to protect the cow but we can live with female feoticide. Confused even in our gender discrimination #BeefBan

I very much agree with Rushdie! #BeefBan #Maharashtra How about fining & jailing people for harassing women? pic.twitter.com/ROmA9VevJ2

On one hand, these people (activists) r DOG Lovers, cant even tolerate a stone pelted. On the other hand, they complain about #BeefBan! WTF

Banning is never the answer. Let people choose. Even God doesn’t obstruct ‘free will’, who the hell are you to limit choice? #BeefBan

Funny ain’t it? Close to 80% of Bombay’s population lives in Slums and Fadnavis believes that a #BeefBan was a pressing need of the people.

Chickens claim they are distant cousins of cows. #BeefBan

I have a soul, I have feelings, I can feel pain and joy. Please don’t eat me. #BeefBan pic.twitter.com/HNVcsa8z9Q

Many mainstream Bollywood celebrities have also given their opinions regarding this meaty issue including Ayushman Khurrana, Raveena Tandon, Farhan Akhter and a couple of others. Take a look:

@TandonRaveena: My only take on beef issue that it should not be enforced,it should be optional… To eat or not to eat,is a personal choice

Beef gets banned…on the plus side, less red meat in our diet is a good thing…on the not so plus side…another step towards a theocratic state