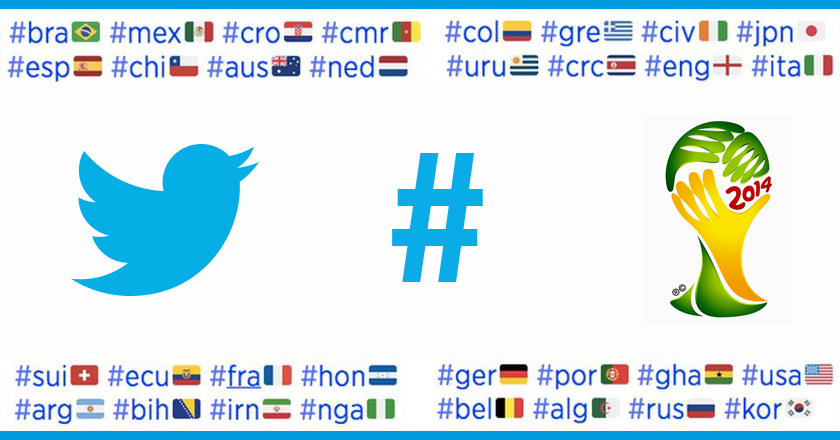 With ‘Hashflag’, Twitter has introduced customized Flag emojis that appear with every country’s hashtag (for example #BRA for Brazil).

Here is the campaign video that Twitter released today:

Shakira, who has been singing many official songs in 2006, 2010 and now in 2014 for FIFA World Cups was the first one to tweet using the Hashflag of Brazil, Spain, Colombia, France and Germany.

Clicking a country’s #flag, one simply gets linked to all the FIFA updates of that particular country.

Moreover, using or clicking #WorldCup or #WorldCup2014 hashtags takes the tweeter to the latest updates of FIFA World Cup 2014, thus not allowing any of us to miss out on any FIFA World Cup update. A quick and easy way to keep updated and connected.

The trend for #flags is seemingly taking hype, as more and more people are using Hashtags for the teams they support.