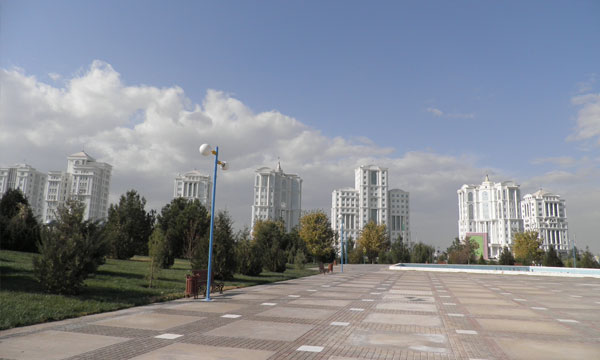 According to a recent WHO report, former Soviet Turkmenistan is the most non-smoking country in the world, as quoted by Dawn.

On a visit to a health forum in the city of white marble, Ashgabat, capital of Turkmenistan, chief of World Health Organization, Margaret Chan, revealed that Turkmenistan hosts the world’s lowest proportion of smokers.

Read more: 85% of Cigarette Packs to Have Anti-Smoking Warning

According to Chan, a recent WHO report has indicated that only 8 percent of the Turkmenistan population smokes.

“This is the lowest national indicator in the world. I congratulate you on this achievement,” quoted Margaret Chan.

It was noted during the health forum that back in 1990, 27% of Turkmen males over the age of 15 and 1% of the female population smoked.

Read more: Say No to Sugar & Smoking This New Year with DASL

However, a decade later, all forms of tobacco advertising were banned in the gas-rich country, along with a ban on smoking at public places, army and state buildings.

Later in 2011, when WHO revealed the Framework Convention on Tobacco Control, Turkmenistan simply endorsed the agenda as it had already implemented the terms long ago.

As compared to the 1990s, Turkmenistan’s smoking population increased to 31.1% of males and 6.2% of females, only to fall back down recently.

Turkmenistan has always been proactive on accounts of healthy living, as reflected in its 36-kilometre “path of health” surrounding Ashgabat Mountains and associated anti-smoking campaign by former president Saparmurat Niyazov and a month long “health and happiness” public exercise and sporting event by current president, Gurbanguly Berdymukhamedov.

To further endorse the achievement by the country, Head of the Convention Secretariat, Vera Luiza da Costa e Silva, attending the recent health forum, not only congratulated the Central Asian state but also challenged them to further drive down the smoking population to a mere 5% in near future.