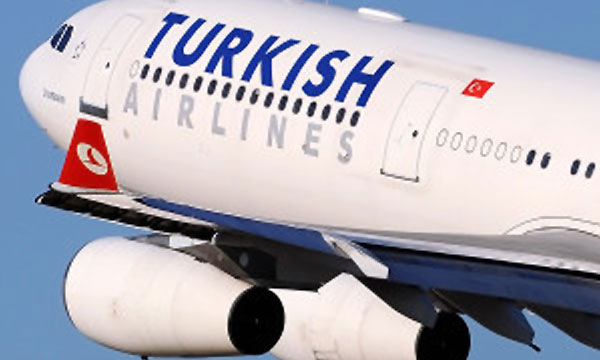 Turkish Airlines is delighted to announce that they have become an official partner of the European Rugby Champions Cup and Challenge Cup. The agreement between the organisers of European Professional Club Rugby and the world-renowned national airline of Turkey will run for three years until the end of the 2017/18 season.

The announcement was made earlier during EPCR’s Tournament Launch for the 2015/16 season at the Twickenham Stoop which was attended by key rugby players and media as well as high-profile representatives of clubs competing in the Champions Cup and Challenge Cup.

With its headquarters in Istanbul, Turkish Airlines is the fourth-largest airline in the world based on the number of its destinations and also the fact that it flies to more countries than any other airline.

EPCR Chairman, Simon Halliday said: “The fact that we are joining forces with a truly global brand is great news for European club rugby. We believe that the new-look Champions Cup and Challenge Cup made great strides in the inaugural season, and now to have an ambitious, dynamic partner on board such as Turkish Airlines is a major boost for the tournaments.”

“While this is the company’s first rugby sponsorship, Turkish Airlines has been associated with top-class sport for many years and we are certain that they will be a factor in broadening the base of club rugby in Europe and bringing the game to new, enthusiastic fans.”

Ilker Ayci, Chairman of Turkish Airlines said: “We are delighted to announce our long-term sponsorship with the European Champions Cup and Challenge Cup. This partnership reinforces Turkish Airlines’ position as the ‘Europe’s Best Airline’* and demonstrates our continued commitment to sport in the UK and across the whole world.”

The 2015/16 European club rugby season kicks off on Thursday, 12th November with the Challenge Cup meeting of Harlequins and Montpellier at the Twickenham Stoop. The Champions Cup gets underway the following evening – Friday, 13th November – when Leicester Tigers and Top 14 winners, Stade Francais Paris, clash at Welford Road. EPCR’s 2016 finals will be staged at the Grand Stade de Lyon on the 13 and 14 May.