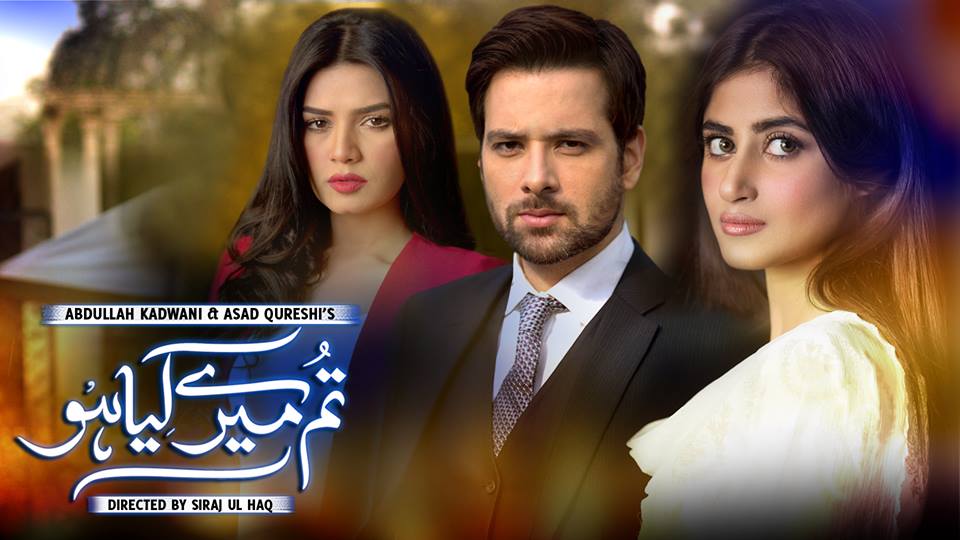 Apparently, PTV Home is raising its game by launching a diverse line of entertainment dramas, one of them being 7th Sky Entertainment’s “Tum Mere Kia Ho”, starring the never-seen-before celebrity pair of Meekal Zulfiqar and Sajal Ali.

You might know, but the drama marks Meekal’s debut as a producer, alongside Abdullah Kadwani and Asad Qureshi. Siraj Ul Haq from HUM TV’s Bunty I Love You fame is in charge of the TMKH’s directorial reins while Mehrunisa Mustaqeem Khan has penned down the plot.

Nabeel Shaukat, who rose to fame with his Bewafa track in Coke Studio 8, has devoted his voice to the OST of the drama.

The drama unveils the tale to be yet just another love triangle. Seemingly, they never go out of fashion and are a must ingredient to add the right spice to an entertainment serial.

The tale unfolds itself to be a struggle of love between Sajal as Hina and Meekal as Ahmer. While our hero hails from a wealthy home boasting a lavish house and booming business, the leading lady belongs to a middle-class family and is the daughter of Ahmer’s ailing manager.

Turns out that Ahmer is a widower while Hina is about to tie the knot with a family full of greedy foul. Upon her father’s death, Ahmer turns out to be the knight in a shining armor for the heroin and vows to take responsibility of her. Amidst twists and turns, the male protagonist falls in love with Hina and she becomes the center of his life. But of course, their union becomes challenged by Ahmer’s former love, played by Kiran Haq.

Meekal has played quite many roles of a bona fide, debonair male and has returned yet again in a similar avatar. Sajal’s acting career is flooded with roles of damsel in distress. Her character in Tum Mere Kia Ho is almost copy paste of her other old avatars.

While PTV home’s drama has just progressed to its first episode, let’s see how much it manages to please the viewers. You can tune into Tum Mere Kia Ho, every Thursday at 7:45 PM on PTV Home.