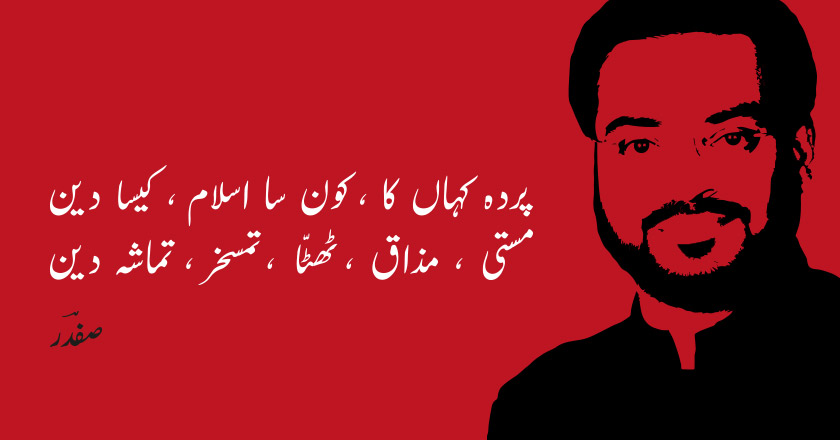 Dr. Aamir Liaquat Hussain, one of the most controversial Pakistani celebrities, has earned quite a reputation in multiple professions; he has been recognized as a politician, presenter, poet, and a religious scholar.

Nowadays he is famous for his exhibit of prodigious generosity at his Ramadan transmission, ‘Pakistan Ramadan’ where he distributes gifts worth hundreds of thousands rupees in the name of helping the ones in need.

To be in the limelight has always been a thing for him, be it some scandalous video leak or channel switching attitude or controversial statements, he has always been the most watched and yet criticized host rather entertainer Pakistani Media has ever had.

Here is another example of Amir Liaquat’s idea of entertainment:

Apart from these contentious incidents, Aamir Liaqaut’s degrees, both BA and PhD were also declared fake after some investigation although he has never really shed any light on the matter.

Aamir Liaquat started off his career as host of the TV program Aalim Online which was aired on GEO News. Later, he switched channel to ARY Digital where he hosted a similar show by the name of Aalim Aur Aalam. It was from there that he started off this new trend of Ramadan transmissions for Sahoor and Iftaar, with a program titled Rahman Ramadan.

However, due to certain reasons he left ARY Network and rejoined GEO TV Network in 2012 and in 2014, he started hosting a live game show Inaam Ghar.

Later in 2014, when GEO was banned, Aamir Liaquat as per the norm, switched sides again and joined Express Media Group as president and Group Editor of religious pages of Daily Express.

Currently, the whiz is engrossed in hosting a live religious show Pakistan Ramadan on Express Entertainment.

With an alarming high fan following Aamir Liaquat also has a huge number of decriers, people who label him as an entertainer, and that is quite understandable as he has always managed to keep the spot light on him throughout his career.

We discovered a poetry written on Aamir Liaquat on ‘Qalam Karwan’ by one of his close observers. The contents of the poem describe Aamir Liaquat’s personality in a satirical manner although it definitely is an interesting read.

The verse has been composed by an upcoming writer “Safder Ali Safder” and title of the poem is his famous quote – “TUKA LAGAO MUSALMANOO”.