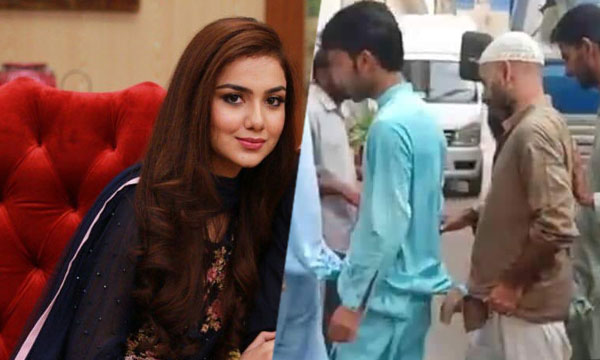 Mohsin Abbas Haider and his wife Fatema Sohail have been all over the news recently for Fatema’s allegations of domestic abuse on Mohsin.

While FIRs have been filed and press conferences have been held to hear both sides of the story, it is important to also pay some attention to people who cannot speak up for themselves so easily.

The Man Who Brought Mohsin Abbas into the Industry Breaks Silence on the Matter!

What sort of mentality is this and in what environment this beast was raised?

Said a tweet with comment by Tuba Aamir, Aamir Liaquat’s second wife, which brought into light how badly laborers are being mistreated at a garment factory in Korangi.

How can someone find satisfaction in treating workers like slaves? What sort of mentality is this and in what environment this beast was raised? I am curious! Please someone stop him! @pid_gov #Disgusted https://t.co/uc9KK6e2pZ

While in the first image we see the man with his foot resting on the back of a laborer already in punishment, in the second photo we see the laborers in a queue with their kameezes tied to each others.

Here is what the Pakistani law says about health, safety, and protection of laborers:

Chapter 3 of Factories Act makes it obligatory on the employer to provide for safe and healthy working environment to the workers. (Section 13-33Q)

In the same way, Factories Act, 1934 (section 23-A) provides for compulsory vaccination and inoculation of workers and expenses are to be borne by employer.

Clearly, what we see in the photos is in no way a healthy or safe environment.

We hope that due notice of the matter is taken soon after Tuba Aamir’s tweet and such inhumane treatment is put an end to.

Have something to add to the story? Let us know in the comments.