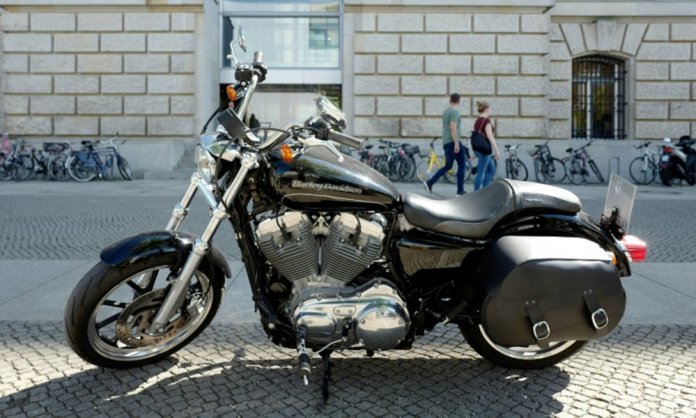 US President Donald Trump continued his attacks on the legendary Harley-Davidson motorcycle company Wednesday, warning “we won’t forget” after the firm said it planned to shift some manufacturing offshore.

Trump had earlier threatened to tax the Wisconsin-based manufacturer which said on Monday it planned to move some manufacturing abroad in response to European Union tariffs retaliating for US duties.

“Harley-Davidson should stay 100% in America, with the people that got you your success,” Trump said in the tweet on Wednesday.

“I’ve done so much for you, and then this. Other companies are coming back where they belong! We won’t forget, and neither will your customers or your now very HAPPY competitors!”

EU officials suggested Trump had only himself to blame for the falling-out with a company he had previously hailed as “a true American icon.”

In an emerging trade war sparked by US steel and aluminum tariffs on American allies, the EU responded with levies on a series of American products including motorcycles, bourbon and blue jeans.

“We don’t want to punish, but that is the unfortunate consequence, that (US companies) will put pressure on the American administration to say hey, hold on a minute, this is not good for the American economy,” EU Trade Commissioner Cecilia Malmstrom said on Tuesday.

Trump on the same day dismissed any notion that his policies were responsible for Harley-Davidson’s move.

“Early this year Harley-Davidson said they would move much of their plant operations in Kansas City to Thailand. That was long before Tariffs were announced. Hence, they were just using Tariffs/Trade War as an excuse,” he said.

“When I had Harley-Davidson officials over to the White House, I chided them about tariffs in other countries, like India, being too high … Harley must know that they won’t be able to sell back into U.S. without paying a big tax!”

Harley-Davidson said the move overseas was to avoid EU tariffs, not to sell in the US market.

The company has repeatedly described the Thailand factory, along with other overseas production, as vital to its long-term need to boost foreign markets to make up for sluggish sales in the US.

Harley-Davidson announced in January it would close its Kansas City, Missouri assembly plant and consolidate jobs in York, Pennsylvania.

Last year, Harley-Davidson announced it would build a plant in Thailand after Trump pulled out of the Trans-Pacific Partnership (TPP) trade deal, which would have abolished tariffs on their motorcycles across 40 percent of the world’s economy.

“A Harley-Davidson should never be built in another country-never!” he said earlier on Twitter.

It was not clear which competitors Trump meant in his Wednesday tweet. Indian Motorcycle Co, which said it was America’s first motorcycle firm, went bankrupt in 2003 but the brand was reintroduced from 2011 under Minnesota-based Polaris Industries.

The Minneapolis/St. Paul Business Journal reported Tuesday that Polaris was considering moving some Indian motorcycle production abroad, to a facility in Poland, because of the EU retaliatory tariffs.