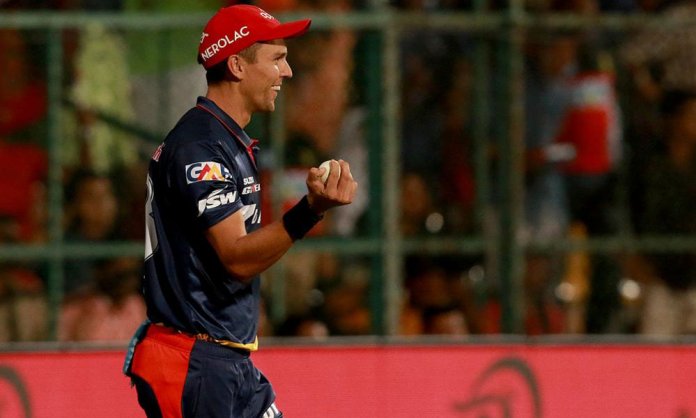 Trent Boult left the cricket world stunned with his fielding brilliance after taking a sensational catch hailed as the “greatest ever” during an Indian Premier League match.

Trent Boult left the cricket world stunned with his fielding brilliance after taking a sensational catch hailed as the “greatest ever” during an Indian Premier League match. 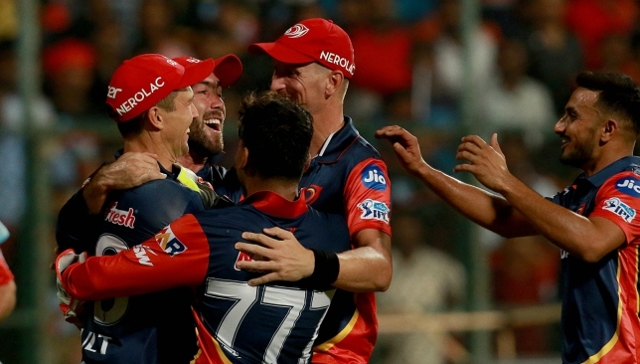 New Zealand’s Boult, playing for Delhi Daredevils in the lucrative Twenty20 tournament, leapt airborne on the deep square leg boundary to pouch one-handed a shot by Virat Kohli, skipper of the Royal Challengers Bangalore, that appeared to be heading for six.

The wrong-handed diving effort by the left-arm paceman — completed just millimetres inside the boundary rope — left Kohli in disbelief and sent social media into a frenzy.

“I was stunned when he took it, that’s a brilliant catch. It happens in the IPL especially,” Kohli said after his team went on to win the match on Saturday night.

“Good to see. That’s a catch when you look back, you don’t feel bad about getting out,” Kohli added of his dismissal that came off the bowling of Harshal Patel.

“I think we could quite easily have just seen the Greatest EVER catch,” tweeted the former England captain Michael Vaughan.

Commentator and former England Test batsman David Lloyd termed it a moment of “magic” while England and Rajasthan Royals all-rounder Ben Stokes wrote on Twitter: “Don’t think you can even describe that as a catch… that’s something different.”

The match will also be remembered for AB de Villiers’ unbeaten 90 off 39 balls that led Bangalore to a six-wicket win at M Chinnaswamy Stadium.

The South African batsman hit 10 fours and five sixes to pulverise the Delhi bowlers, for whom Boult returned figures of 1-33.

There is $8 million in prize money at stake including $4 million for the winning team. The final takes place on May 27 in Mumbai.