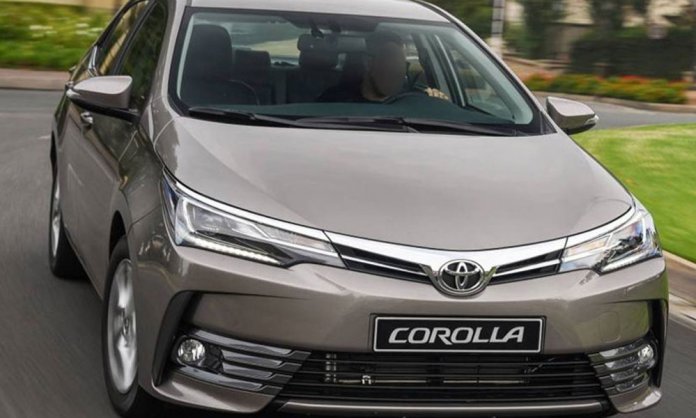 Toyota Pakistan, also known as Indus Motors, is bidding farewell to Corolla XLi and Corolla GLi. The company is discontinuing the variants which were first introduced back in 2001-2002.

The company was rumored to be taking this step as the company is ultimately going to kill the 1300cc Corolla and introduce a new 1300cc Toyota model. The model will take on Honda to compete with its popular Civic model. Toyota Vios to Make an Appearance

Everyone was rooting for Toyota to bring either the Vios or the new Yaris to Pakistan. Both variants have the capability to take on Honda City in terms of price and the features they have to offer.

Given that Toyota Pakistan has close associations with Toyota Thailand, proving that the chances of soon seeing Toyota Vios 2018 on the streets of the country might come true after all, and it just did! Toyota Vios’ exteriors are based on the new design language embraced by Corolla and Camry. Nose features sleek chrome radiator grille reminiscent of Corolla saloon. The sleek front grille is flanked by the lean swept-back headlamps.The

The India-bound model could also feature daytime running lights. The lower side of the bumper gets large air intake which is ringed by a hexagonal grille. The large fog lamp housing could feature the splash of chrome used neatly. Side profile appears aggressive too highlighted by the sharp shoulder line.

Arches and wheels are spaced well; subtle creases are evident on the side profile. Rear could feature a chrome strip running across the boot lid. Wrap around tail lamps and fog lamps could ornate the rear as well.

Low quality of material used in the cabin of Etios was a huge put off in the sedan. Thankfully, Toyota has worked on the interiors of Vios which appear very similar to the 2014 version of Corolla saloon. Especially the design cues have been borrowed from the Corolla sedan along with a number of features.

Utility space has been given prominence to avail generous storage room within the cabin. A dual-tone color scheme is likely to be enveloped inside. Among the features expected to be packed in the cabin, steering mounted controls, climate controls, 2-DIN music system and rear AC vents are included.

For the Indian market, Toyota will employ petrol and diesel engines under the hood of the new Vios. Petrol variants are likely to house a 1.5-liter engine serving in Etios sedan. Diesel line-up could come armed with a 1.4-litre D-4D diesel engine. We might see something similar for Pakistan.

Are you ready to ride the beast?