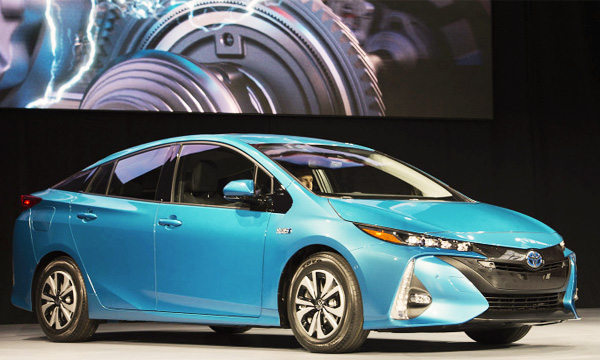 Toyota unveiled its 2017 Prius Prime Hybrid model, plug-in hybrid powertrain, at the 2016 New York International Auto Show. However, at the time the company did not reveal any important information about the car, but just a few glimpses and a small brief.

Now, the company is ready to bring the Toyota to the market for sales, unveiling more information about the upcoming model. According to the company, the Toyota 2017 Prius Prime will be capable of 120 miles/ per gallon, which is twice than its predecessor, and 26% more efficient. The car will sport a 1.8L gasoline engine, accompanied by an electric drive motor with an 8.8 kWh battery pack.

LED head lights help in saving power of the electric motor while the Toyota and will be installed with the automatic braking so that pedestrians identity.

In order to charge the battery pack, the car must be running on a speed limit of over 20-84 miles/hr for one-way travel. Although not much extra information was shared about the model as yet, the model will be somewhere between 25-30 thousand dollars, equivalent to 25-30 Lakhs PKR.