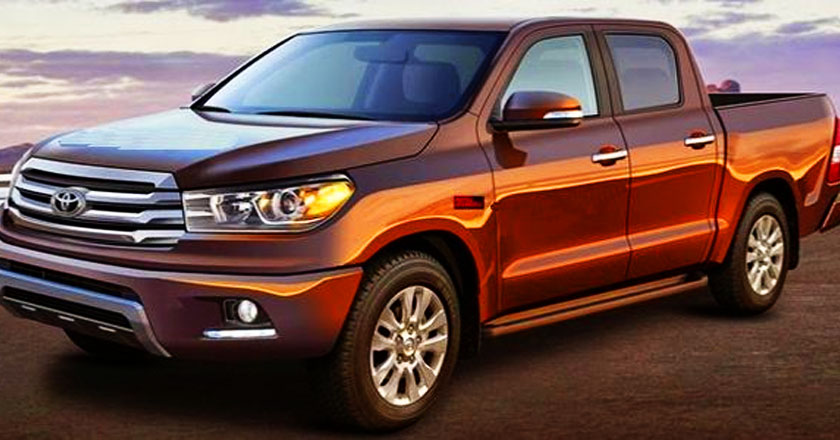 The official pictures of the new 2016 Toyota Hilux, better known as Vigo, have finally surfaced on the internet.

The world’s most popular truck, with more than 16 million sales in 180 countries, would be available to the Pakistani market at a speculative price of around Rs. 4 Million.

The mass production of the 2016 Vigo has already started in the Toyota factory in Thailand, while Toyota Indus will start selling these beauties by next year.

For details on the specifications and engine details of the 2016 Toyota Hilux Vigo, click here.

Here are a few stock pictures of the beautiful Toyota pickup truck: