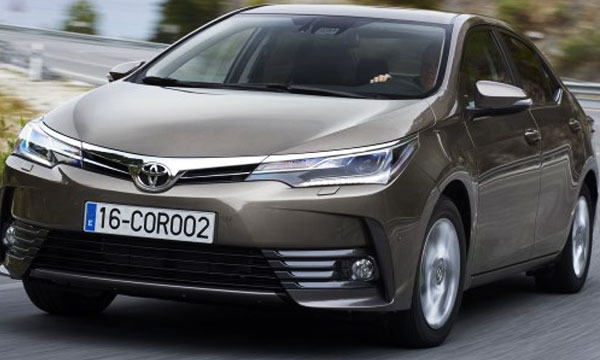 Indus Motors Company (IMC) might be launching the new Toyota Corolla Facelift in Pakistan. This rumour comes from pictures shared by a source in the factory and was shared.

From the first look at the images, you can see that Toyota has revamped the front grille of the Corolla including the front grills, tail lights, front bumper, head lights, climate control and infotainment module.

Considering that the Toyota Corolla Facelift has already been launched in other countries like India, Russia, and South Africa already, chances are Pakistan is next.

“We are in constant negotiations with Toyota Motor Corporation for the feasibility of introducing new models in Pakistan, but people have to realize that Toyota is a global corporation and it supervises a lot of its subsidiaries, which is why decisions are taken by considering a lot of factors.” IMC CEO, Mr. Jamali

The Corolla lineup has proved itself to be the most beneficial venture for the company. Most recently IMC has registered the sale of 72,095 units (up from 64,882 units in yoy growth) over a period of nine months (July 16′ – March 17′).

Can You Guess the Fastest Supercar in the World?